MOAs, Be Ready for the Double Treat!

No rest for TOMORROW X TOGETHER as they announce their exclusive concert and drop a new remix.

On September 10, TOMORROW X TOGETHER (TXT) dropped their new digital single “0*1=LOVESONG (I Know I Love You) feat. MOD SUN. The newly-released single masterfully depicts the rough yet emotional track delivered through decadent guitar sounds and the voice of MOD SUN. Following his songwriting contribution to the original track, MOD SUN introduces a new melody and English lyrics through the new remix.

“0X1=LOVESONG (I Know I Love You) feat. MOD SUN” pairs MOD SUN’s powerful voice with TOMORROW X TOGETHER’s delicate vocals for another new energetic love song. The single is accompanied by a music video, which has been released on TXT‘s official Youtube channel.

But Surprise Surprise! The quintet has also announced their first exclusive Concert “TOMORROW*TOGETHER LIVE <ACT: BOY>” which will be held on October 3, 2021. The announcement was made via the official fan community platform “Weverse.” The concert will be hosted and streamed live for MOAs all over the world. 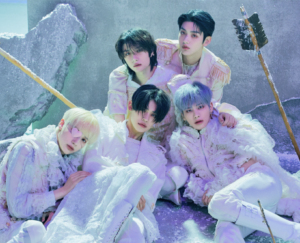 For the record, MOD SUN is an “American singer-songwriter and Rock artist” with four studio albums, three EPs, and six mixtapes within his expansive discography.

Having kicked off his successful career within the Pop-punk genre, the singer-turned rapper returned to his Pop punk roots with his fourth studio album, Internet Killed the Rockstar, which was released to critical acclaim in February 2021 via Big Noise. 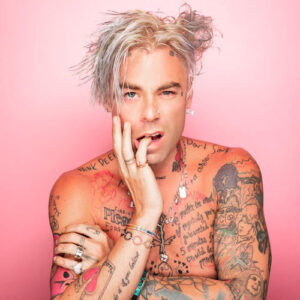 The 5-member boy group had previously released “0*1= LOVESONG (I Know I Love You) feat. Seori” as the title track of their second studio album, The Chaos Chapter: FREEZE, in May 2021. The song is an energetic Hybrid pop-rock track that sings of an unequivocal first love declared in the midst of chaos. In this song, a boy expresses his certainty in the love he feels for ‘you,’ his one and only in a world of zero. The track progresses dramatically into a lyrical tale reminiscent of a coming-of-age film, told through the simultaneously rough and delicate vocals of the five members and the dreamlike voice of featuring artist Seori.

With their amazing discography and impactful performances, Soobin, Yeonjun, Beomgyu, Taehyun and Huening Kai are sure to steal the hearts of their fans. More details regarding the online concert will be announced soon! 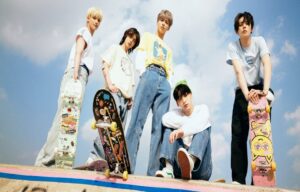