Review: Tinted With You – “Thanks To You, I Learned That People Are This Warm”

This mini Boy Love web series is definitely worth a watch!

“Tinted With You” is a mini BL web series starring boy group A.C.E’s leader Jun, actor and singer Yoo Hyun Woo, and Kim Tae Jung. The drama premiered on December 23 and released new episodes every Thursday and Friday until January 14, 2022.

It is a fantasy, time-slip romance web drama where a modern-day high schooler is sucked into the Joseon period and meets an exiled and endangered Crown Prince, and heartwarming romance blooms between them. The high schooler realizes that he is probably the best and only chance of survival for the Crown Prince. 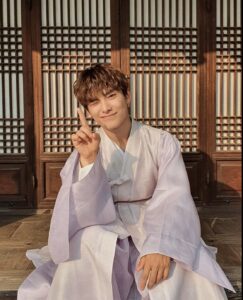 Eun Ho is a high school student who has a flair for paintings and is majoring in East Asian Paintings. He lives in the year 2021 and is preparing to soon graduate from high school. Eun Ho’s character is played by A.C.E’s Jun. 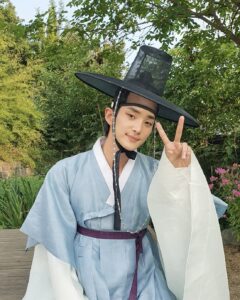 Yoo Hyun Woo has taken up the role of Lee Heon, a deposed Crown Prince. The prince has been framed for treason and exiled by his older brother who has taken over the throne. Lee Heon lives a fearful life as his brother always poses him with constant threats of assassination and has lost the will to live in peace. His only companion is his loyal bodyguard. 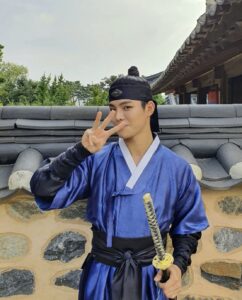 The role of the royal bodyguard, Geum, is played by Kim Tae Jung. Geum has served the Crown Prince all his life and loyalty runs deep. Geum may seem rude in the beginning but he is kind-hearted and cares deeply for Lee Heon.

The drama starts with Eun Ho dreaming about a young man who is saved by his bodyguard from assassins, and the theme is set up during the Joseon period. The dream is followed up with more scenes of two young men sharing romantic and warm moments, with one of the boys being himself. But Eun Ho is unable to complete the dream and wakes surprised, but doesn’t really get the time to process it as his friend keeps him distracted. 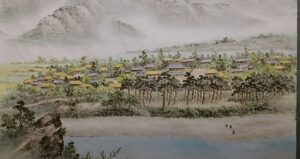 The friend notices a painting on printed paper and comments on how it looks similar to Eun Ho’s painting and style. Eun Ho teasingly agrees and leaves for an art gallery where he happens to see the exact same painting. Things get dramatic when Eun Ho starts to feel some sort of connection with the painting. Lights start to flicker and objects in the painting beings to move a little. And suddenly a lady, probably in her late 50s, appears out of nowhere and tells him “I have finally found the owner.” Eun Ho is confused and even before he knew it, he is teleported back in time to the exact same scene that he dreamt of, where a bodyguard saves his master from danger.

Though it’s a really short drama, the OSTs are just beautiful. Tinted With You consists of a total of four tracks, Like That Time, Star, Fallin’ For You, and Moonlight. My current favourite from the list is Like That Time. It’s a really moving song and it was sung by the drama’s lead Hyun Woo, which according to me adds significance to his role in Tinted With You. But the other OSTs are equally great, with Fallin’ For You by RUNY being comparatively upbeat. 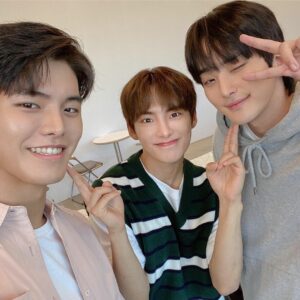 The lead cast cast Jun, Hyun Woo, and Tae Jung played their parts pretty well and showed a heartwarming, mellow romance which certainly brought life to Eun Ho and Lee Heon.  Since the show is pretty short, quite a few ‘WH’ questions were left unanswered, but it really doesn’t matter much because the show was entirely based around the three main characters only, with no additional or major unattended parts. I will admit that the unanswered questions do leave space for the plot to thicken and episode duration to increase and it would’ve been nice if the drama was a little longer, but I still liked the show. It’s a good watch for when you’re feeling down and don’t have the time to binge longer dramas as it is a cute and sweet drama!

Did you watch the drama? Do let us know your thoughts!