‘Imitation’ is a KBS drama based on the popular webtoon of the same title. It tells the stories of idols in the entertainment industry. You can look for more information on the cast and summary with character descriptions here.’ Imitation’ premiered on Friday, May 7 and has 12 episodes in total and airs 1 episode each week. 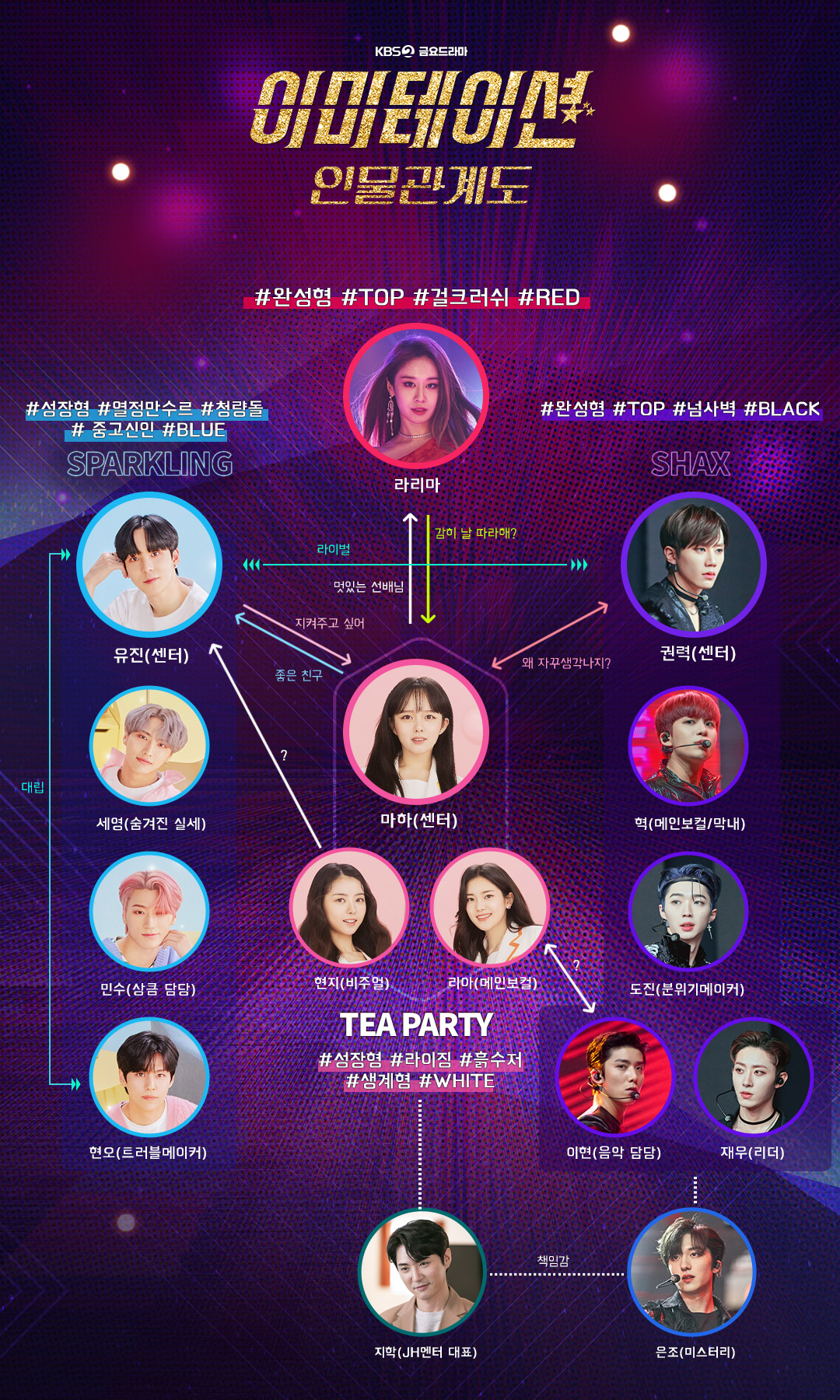 Here are the reasons why you should watch the drama and add it to your watchlist.

Rising chemistry of actors U-KISS’s Jun & Jung JiSo – Jun (Lee JunYoung) and Jung JiSo are the main couple of this drama. Jun has built up his filmography with numerous projects. He won the Best New Actor Award for ‘Goodbye to Goodbye’ in 2018 at the MBC Drama Awards. In the year 2019, he was nominated for the Best New Actor Award for ‘Good Casting’ at the SBS Drama Awards. Jun is talented in acting and this drama will give him the chance to gain more spotlight. Actress Jung JiSo is also a rising actress. She is known for acting in the famous movie ‘Parasite’ and acted in the dramas ‘W‘ and ‘The Cursed.’ We can look forward to their acting and chemistry. 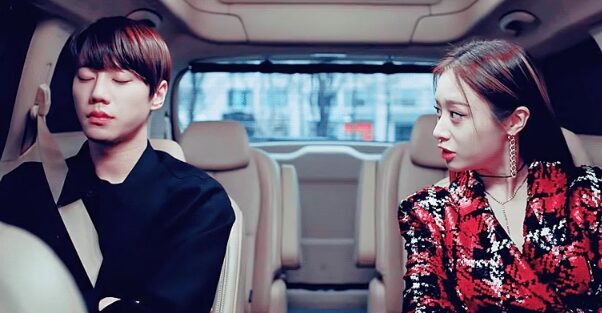 Return of  T-ARA’s JiYeon in acting – JiYeon is one of the lead characters and fans are more than excited to see her back on screen. Her last drama was ‘I Wanna Hear Your Song’ back in 2019. You will also remember that she had acted in the famous idol drama ‘Dream High 2’ back in 2012 and that is one more reason to look forward to ‘Imitation.’ 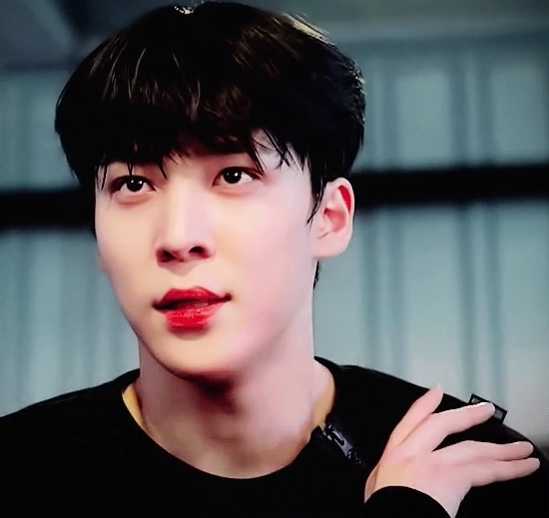 ATEEZ’s YunHo acting debut – YunHo is debuting in acting with one lead role and ATINY is more than excited about it. YunHo had earlier mentioned in an interview that he practiced for the drama paying extra attention to his pronunciation and facial expressions. He also said that he was 80% similar to his character YuJin. Many are curious to see YunHo as YuJin.

The drama cast is full of acting-Idols- The drama is about idols and the cast is filled with idols from different groups or doing solo activities! This casting choice seems perfect because we can look forward to realistic and well-performed stages throughout the drama. Moreover, most of these idols have previous acting experience including Jun, JiYeon, Chani, HwiYoung, Lim NaYoung, SuWoong, and more. 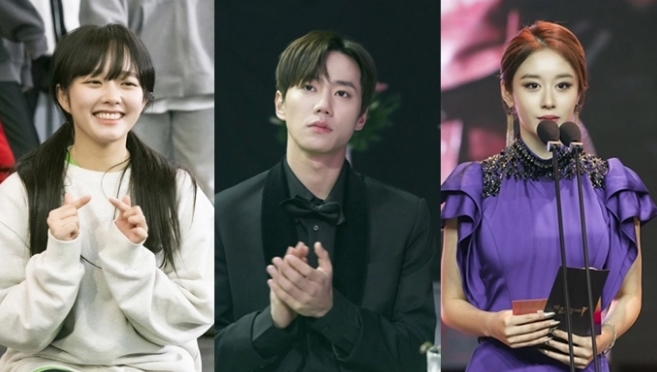 Spotlight on idols’ private and public life- There are not so many dramas about idols when many of us are interested in learning more about their behind stories. ‘Imitation’ is an open window to the idols’ world with the spotlight on their public life, love stories, and struggles.

The drama is adapted from a popular webtoon in and out of Korea, hoping that the drama’s story will be exciting. The webtoon ‘Imitation’ (in Korean “이미테이션”) was written by Park KyungRan. If you are interested, you can read the webtoon here in Korean and here in English.

Interesting love triangle- As you can see on the character chart, there will be a love triangle. The top star Kwon Ryuk (Jun) (SHAX) started to fall for the happy girl MaHa (Jung JiSo) (Tea Party) after she started to get on his nerves. On the other side, YuJin (YunHo) (SPARKLING) has feelings for her. He is her friend since their trainee days and he is always there for her. La LiMa (JiYeon) is also close to Kwon Ryuk and does not like MaHa getting in between them (but note that La LiMa is not indicated to be part of a love triangle). Kwon Ryuk-MaHa-YuJin’s love triangle will make viewers’ hearts flutter, for those of us who like love triangles. 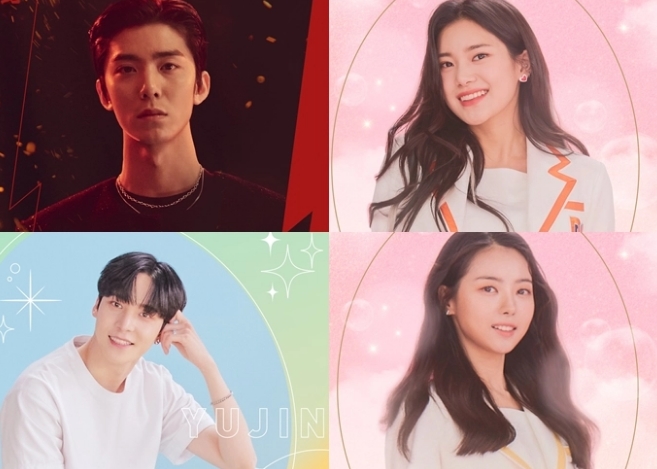 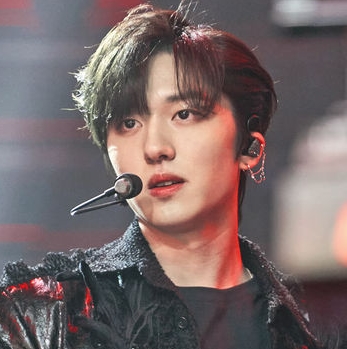 Chani’s mysterious and key character –  Chani is back with a mysterious and key character like he was in ‘True Beauty’. In ‘Imitation’, he is acting as EunJo who was part of SHAX and who disappeared right before the final stage of SHAX concert. He reappeared 3 years later and finally reveals the key reason for his disappearance on that day. His character’s description can only make us curious. What happened to him?!

KBS prepared a lot for ‘Imitation’ and for the viewers! .Social media accounts (Instagram and Twitter) were created for the fictive groups of the drama: SHAX, Tea Party, and SPARKLING. These accounts are actively updated with pictures and information (profiles) about the members. KBS also made a fansite master account on Twitter and an ad to celebrate SHAX’s 6th debut anniversary at Hongik University station. This did not stop here as Tea Party performed on Music Bank on April 30 with ‘Show Me’.SHAX performed the song ‘MALO’ on May 7.

There is even a special avenue at COEX (Seoul).

Below are the drama teaser and group videos.

AMEN stage clip was released yesterday on 18th June.Check out the Video Below.

Imitation is a must-watch for K-POP stans and non-stans! You can watch Imitation every Friday at 11.20 PM KST on KBS.

Stay tuned for more updates about Imitation on Namaste Hallyu.