"One Crime Can Change The World." - Get ready to feel the 'Money Heist' with the Korean twist!

With the global audience paying massive attention and support to the Korean entertainment industry, the creators keep getting better with the content produced, only making fans want more. The Korean remake of the smashing hit Spanish show “La Casa de Papel” aka “Money Heist” is one of the shows that international and national audiences are eager to watch. Read more to find out why!

The Korean remake titled “Money Heist: Korea – Economic Joint Area” is an upcoming Netflix original series and the cast for this show stars a number of well-known names from the industry, who play really diverse characters coming from different walks of life and socioeconomic backgrounds. 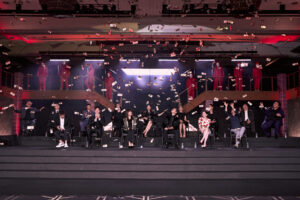 Directed and written by Kim Hong-Sun and Ryu Yong-Jae, respectively, led by an incredible cast – 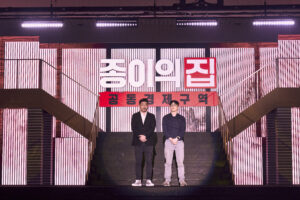 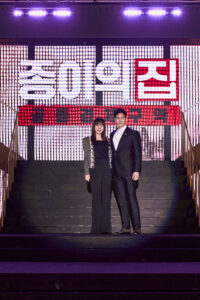 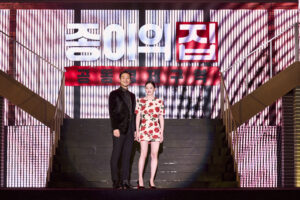 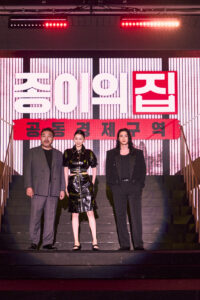 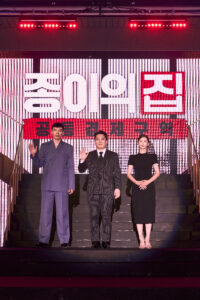 Similar to the original show, Joint Economic Area is also set in the fictional world but the plot consists of many Korean elements, cultural, social, and economic, making it unique and distinctive in its new version.

At the press conference held earlier today, when the creators were asked about what the fans can look forward to Director Kim Hong-Sun addressed, “There are many fans of the original series, and there are people who didn’t watch the show. And for those who didn’t watch the original series, they may have watched one of the shows you mentioned in the caper genre. Money Heist Korea is set in the same genre, but the characters are really diverse and multi-layered, so it’s going to be quite fun to watch. And for the fans of the original series, you’ll be able to find out which elements have changed and which elements have become more Korean-like, and how the characters have incorporated some of the Korean aspects to them, would be something fun to watch.”

Writer Ryu Yong-Jae also shared, “The original series has really big power and novelty as a caper genre show, and it is a very entertaining show for sure. And on top of that, we added the inter-Korean relationship to it, so even within the gang and even within the task force, North and South Koreans sometimes have dynamic chemistry among themselves because of the long history of the divided nation. So there is another layer that is always on top of the overall situation and that adds tension. So I would say there is another angle or a lens, that is always put onto the show. So that would be quite fun to look out for.”

Money Heist Korea’s plot is set in the fictitious city of ‘Joint Economic Area’ and how the reunification of North and South Korea, which was expected to benefit every Korean, affected the trajectory of the lives of people from both the countries.

The characters of this show play complex roles, similar to the Spanish version’s characters but also very different. Throughout the conference, the cast and creators very well explained their parts and shared how their characters resonated with them and helped build chemistry with their co-actors, which has reflected in the creation of the show.

The show is also preparing for a second part and the cast and creators shared that the on-screen chemistry between characters will surface more in part two.

Are you excited about part 1? Do let us know your thoughts!