After a lot of Blood, Sweat, and Tears; the K-battle has finally come to an end. The K-POP India Contest is over and we now have the winners!

Ever since Psy’s “Gangnam Style” blew up, K-Pop found a growing space in the mainstream Indian market. Since K-Pop is an integral part of Korean culture, Korean Cultural Centre India (KCCI) took persistent efforts to further the Hallyu Wave and the center has been organising the K-Pop India Contest every year since 2013. The KPOP India Contest is part of the KPOP World Festival which is held every year in Changwon, South Korea, and organised by South Korea’s Ministry of Foreign Affairs along with the support of many other organizations. It is a festival that brings in KPOP lovers and winners from participating countries across the world as they come to compete at the finals which is attended by many KPOP Idols/groups. In the past, Indian fans have participated and won in Vocal (Priyanka Mazumdar) as well as Performance/Dance Category (Immortal Army).

The contest is divided into the Vocal and Dance category and this year, it has 20 regionals – Delhi, Mumbai, Kolkata, Chennai, Patna, Bengaluru, Pune, Bhubaneswar, Itanagar, Kohima, Aizawl, Hyderabad, Bhopal, Dehradun, Guntur, Imphal, Lucknow, Ahmedabad, Nagpur, and Guwahati. The online rounds began on the 4th of April and effectively concluded on the 13th of July with the announcement of winners.

While disclosing the winner’s list, KCCI also notified that the winner of the Vocal and Dance Category and the 1st runner-up of the Dance Category will get an opportunity to apply for Changwon World Festival, and those who get selected will get a chance to visit South Korea & compete. We caught up with the 3 winners to discuss their journey, challenges, and further expectations. 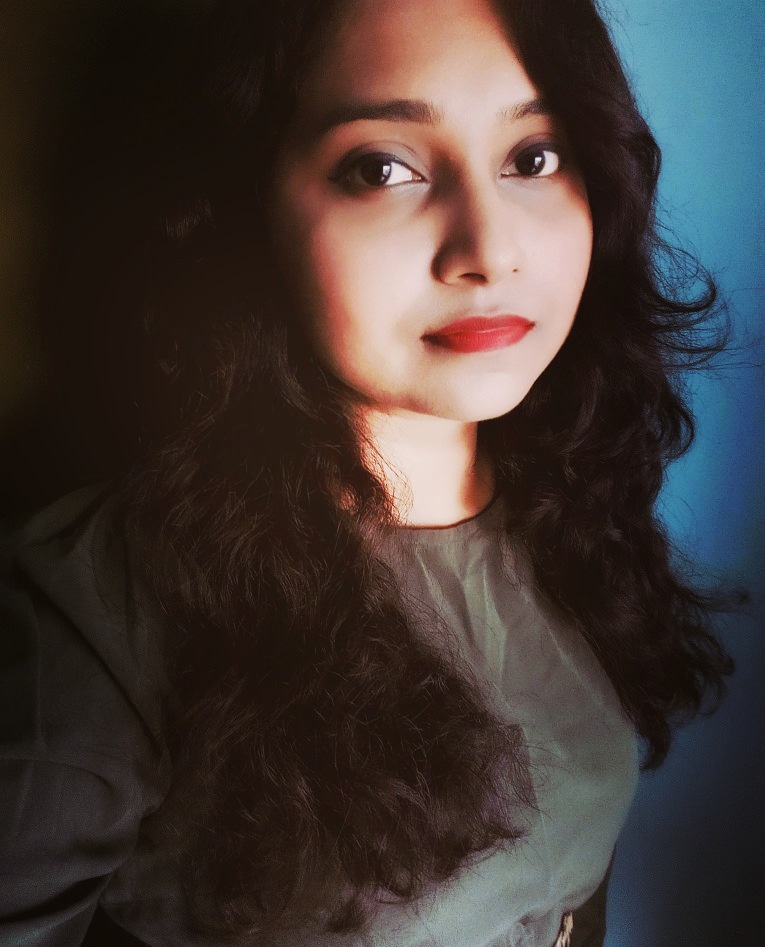 Shruti Dasgupta from Kolkata who won in the Vocal Category spoke about how she got introduced to K-Pop, “I stumbled upon a video of BTS on YouTube and there was no looking back. With time, I fell in love with K-Drama OSTs too.” She looked back on the Contest experience as a rollercoaster ride and credits her friend for urging her to participate. Although she cited the entire experience to be fun because of her low expectations, the online mode was challenging.

“The online mode allowed retakes and being an overthinker, I was never happy with the videos. When I finished recording, I felt I could do better than the last time.”

It hasn’t been long since she found out she was one of the winners and she shares that she is still processing it, “I was in the office when I got a text that said ‘Congrats, Check Insta’. I felt confused but when I found out, my hands were shaking and I nearly dropped my phone. I immediately contacted my parents to inform them that I won.” The motto with which Shruti participated in the contest is the same one she intends to carry for Changwon World Festival, “Hope for the best, expect the worst. I am so happy with the experience that everything else is just a bonus. I will do my best and the rest is up to the universe.” 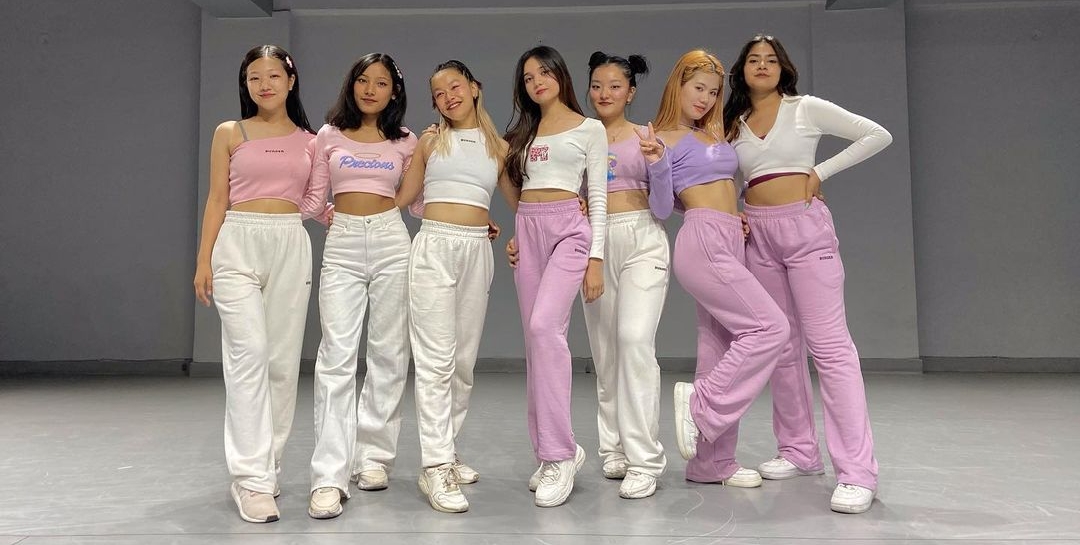 Girl Group MIXDUP were judged as the winners in the Dance category of the contest. Their leader Vungi answered our questions on behalf of the group. She mentioned that her interest in K-pop peaked in 2018 and her friends were the reason behind it, “Most of my friends were into K-Pop. I wanted to understand why and I felt intrigued by it.” The contest was filled with ups and downs for the group and designing their costumes was one of the biggest challenges.

“We prepared all our costumes from scratch. We had to explore the right materials in the scorching heat of the capital and come back to work on the details- the style and the comfort. But we outdid ourselves and the result was amazing.”

Vungi further mentioned that the win left them all teary-eyed and shared her personal experience, “I had a little panic attack when I got a notification from my friend congratulating me. When I nervously opened KCCI’s Instagram post, I couldn’t control my tears. I informed all the members one by one, it was a moment of joy and pride in all our hard work. It’s a shame we couldn’t participate offline this year but we will cherish this victory forever.” She also added that the group is now gearing up for the Changwon World Festival, “We are extremely excited for the opportunity to represent India. The last time an Indian performed at the festival was 5 years ago in 2017, so we feel honored. We live to perform and having a live audience at the festival-something we couldn’t have in the contest, is definitely worth it and what we are looking forward to.” 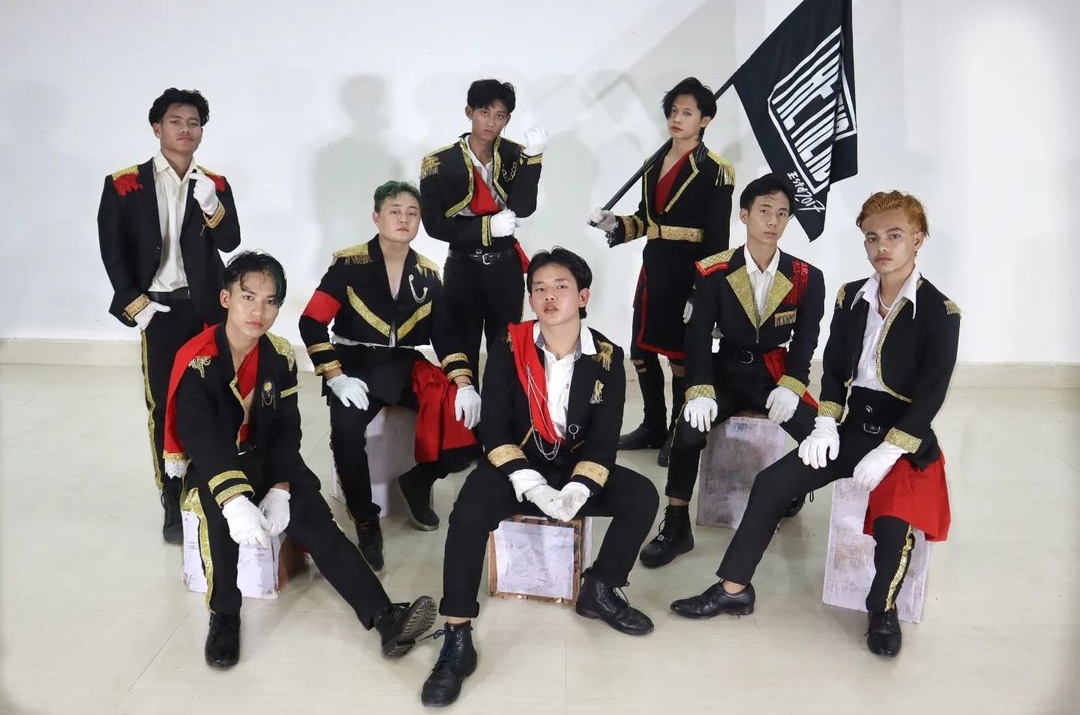 Changwon World Festival is a dream for all the participants and the 1st runner-up in the Dance Category will also get an opportunity to apply for it. The boy group, ‘The Trend’ from Itanagar were judged as the winners and this gives a remarkable win for the region. The leader of the group, Aku Bengia talked to us about the group’s challenges and reactions to the win. He described K-Pop as therapy and that’s what made him deeply interested.

“When I got into K-Pop, I was going through a tough time. The upbeat music and the colorful-lively MVs helped me overcome those unwanted emotions.”

The Trend is not new to the K-Pop Contest, as it was their 5th time participating. However, it wasn’t without challenges. “The schedule of the contest was a big challenge. Most of the members are students. The contest period clashed with the exams of many members so practicing and making the deadline was tough but thankfully, we managed to practice in free time as much as possible.” After multiple participations, the win is all the sweeter for the group.

“We definitely got something right this time. The judges deemed us worthy enough as runner-ups. We definitely wouldn’t let this go to waste.”

Namaste Hallyu congratulates all the winners and the participants of the K-Pop India Contest 2022. We also extend our best wishes to the winners who have got the opportunity to apply for Changwon World Festival. We hope that they get to perform on stage and make the Indian K-fans proud! Hwaiting!