KCON is going on tour with four “next-generation” K-Pop groups – CRAVITY, LIGHTSUM, STAYC, and TO1.

Following the annual KCON convention in Los Angeles from August 19 – 21, for the first time in three years, this spin-off concert will set sail from August 22 to September 1. 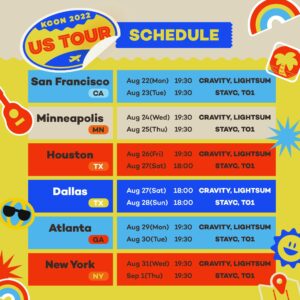 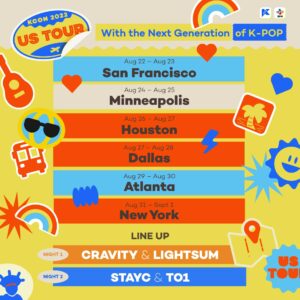 The schedule reveals that there are six stops planned, with each stop featuring two nights of performances where CRAVITY and LIGHTSUM will perform take over the stage the first night and STAYC and TO1 together the second night.

TO1 Has Introduced The Official Profiles Of Their New Members