LUMINOUS, the newest group under Barunson WIP made their debut as one of the promising acts of 2021.

The boy group embarked on its music journey even before its debut by releasing a pre-debut single album VISION featuring the members’ individual colours with solo songs. And, much earlier to the release, the act consisting of two participants (Youngbin and Steven) from the popular Mnet show, Produce X 101 was popular among the show’s enthusiasts and after much anticipation, the quintet made its debut on 9th September 2021 with their mini-album YOUTH along with a single ‘RUN’.

Following the impactful debut, the group also held their first mini fan concert showcasing the act’s strong performances and individuality. The event was also streamed on their official YouTube channel, connecting fans around the world. As every other rookie group, the group members are pretty excited and nervous to start their journey as artists and are equally passionate to deliver a strong message through their music to their fans.

“We were initially both excited and worried for our debut, but as the debut date approached we really wanted to show what we had been preparing as soon as we could,” begins the group as we start talking about their debut process. Unlike the usual process of a debut, LUMINOUS had to patiently wait for their time for almost two years to finally set its ball rolling in the K-Pop scene. And as expected, the group grabbed the attention of many fans and made its way to being one of the most anticipated groups of 2021 surpassing millions of views on YouTube within few days after the release of their debut single, “We are very grateful that you guys have given us so much more love than we thought we’d receive. We are thinking and trying to find a way to express/repay the love we have received.” As they looked back to their debut days, they further shared, “It was a really fun and strange experience to actually go on a music show that we had only seen on TV.” 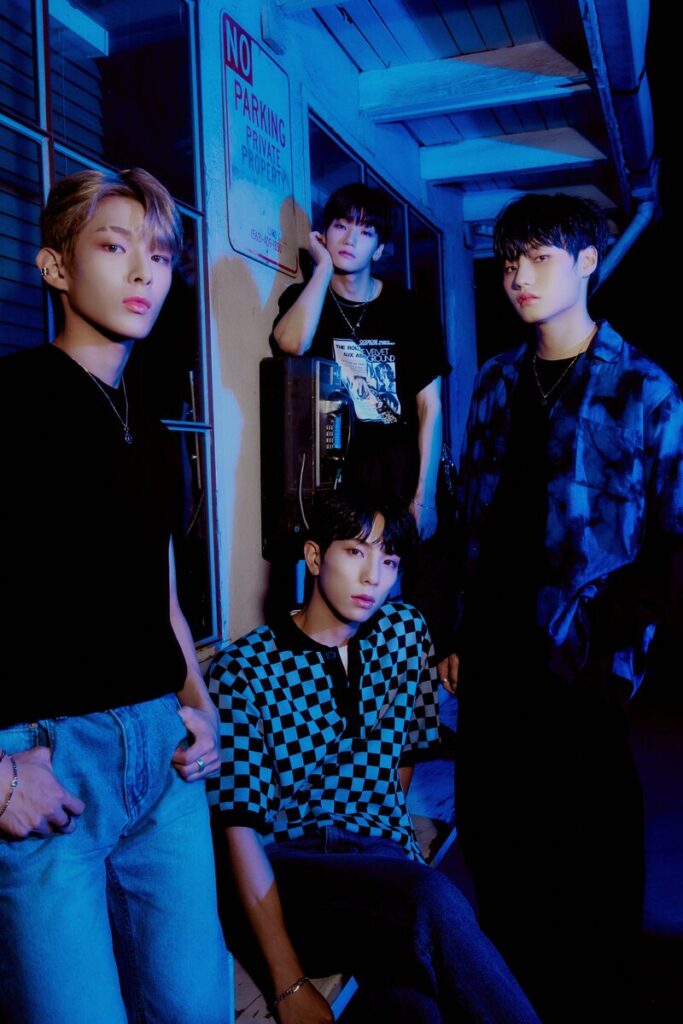 While discussing the process of making their debut EP and filming their first music video, the members eagerly shared their experience and their thoughts during the making, “There is a group dance scene in the music video, and we think that that was the most difficult scene to continuously film without taking a break.” They continued,  “It made us realize that we are stronger than we thought. There were ups and downs before debuting, but I think we overcame them all well.” 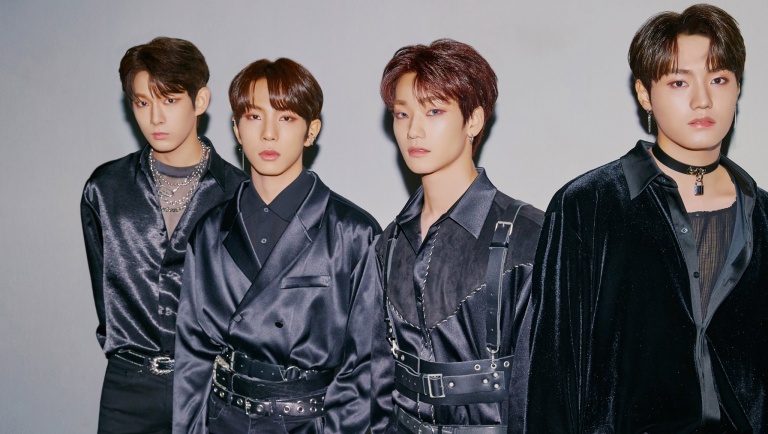 With the recent EP, the members, Youngbin, Suli, Steven and Woobin aim to touch the lives of young adults and accompany them as they experience different stages. There is a study by scientists that say that adolescents are more likely to act and react immediately due to the slow development of the frontal cortex in the brain, which obviously makes them feel threatened by anything and everything. During times like these, all they need is a companion for support and to feel belonged. LUMINOUS being young adults themselves are here to be that companion and address the community,  “We wanted to show the good and bad parts of being a youth and we wanted to convey the message of walking through and experiencing years of your youth with us”.

It’s even more comforting to listen to the lyrics of ‘Home Alone’ as the lyrics are a reflection of feeling alone and wanting someone to lean on to find comfort. The chorus goes, “Tonight, I’m home alone/ it’s empty here without you/ Will I be able to live well on my own?/” as the members expresses that they are ready to experience emotions and figure things out together with their fans. During the discussion on experiencing life as young adults, the group also shared their personal ways of relaxing themselves during a tiring day, “Reading books, talking with members, and relying on family to control emotions. We think it’s a good way to help and encourage one another.” They also added, “Even if it’s hard, we think that if you spend time doing your best, your life will be full of luck.”

After successfully completing their YOUTH Era, now the members are ready to show different colours and styles as artists in their upcoming releases. The members shared the genres that they would like to try in the future, , “We want to challenge more diverse genres in the future. As our team name is ‘Luminous’, we want to meet you all with a new looking keeping dark images are dark and bright images of us bright.” When asked what colours they would like to represent as a group, the members beautifully portray themselves as prisms, “We think of us as prisms. I think it can represent any genre or any colour.” The imagery does stand perfect for the group comprising of four different individuals with unique talents as one.

The group is also aware of their fans in India and sent their regards to them. While expressing their gratitude towards their fans with huge smiles, the group reminisced about the Indian movie that they watched as a kid, “The first thing that comes to mind when I think of guiding is the movie ‘Selfie’. I remember watching it deeply as a child.” The interview wrapped up with the members sending in their special message for their beloved Indian fans and the readers, “We worked hard to prepare our album ‘YOUTH’, so please give it a lot of love and see you in India someday!”

Have you listened to LUMINOUS’ latest EP YOUTH? Would you like to see LUMINOUS in India soon? Let us know your thoughts in the comments!