The Quartet is back at Namaste Hallyu! This time, we spoke a little more about their personal journey and of course, India!

Fresh from their recent fun and bright comeback, AB6IX spoke with us about their latest comeback, ‘MO’ COMPLETE’ which released on 27th September and gave us some insights on their personal journey!

AB6IX is a four member group under Brand New Music comprising of Woong, Donghyun, Woojin and Daehwi. The Quartet made their debut on May 22, 2019 with the debut EP B: COMPLETE and ‘Breathe’ as the lead single. They are now back with their 2nd album, ‘MO’ COMPLETE’,  with ‘CHERRY’ serving as the title track. 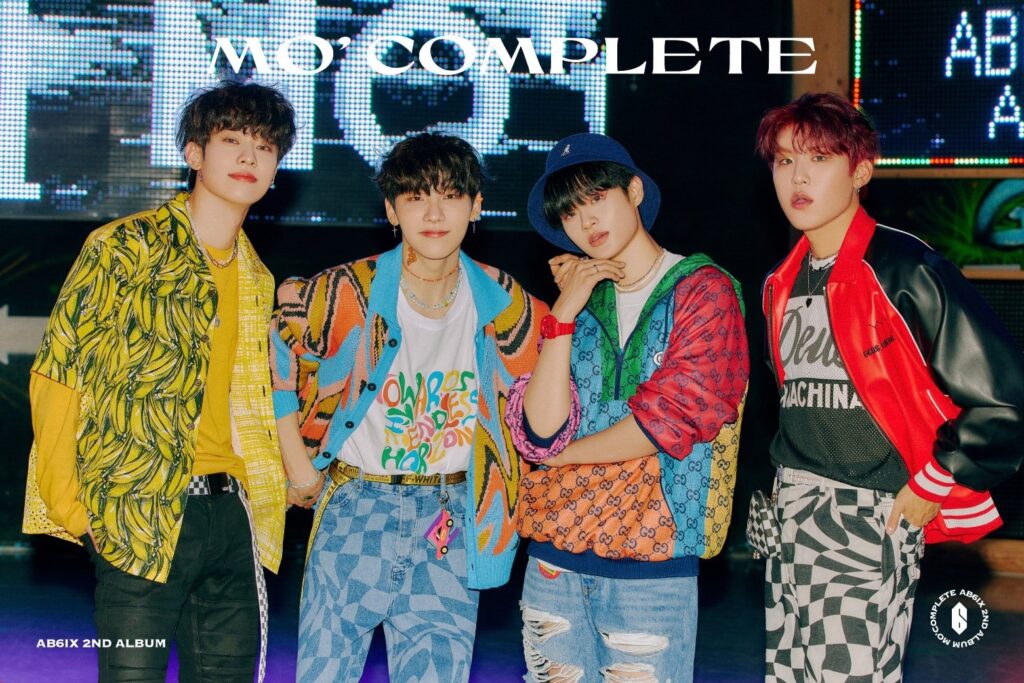 AB6IX has consistently been making waves ever since their debut and have brought about their unique sense of music and lyricism and they are no doubt a multifaceted group. For this comeback, they brought about a cheerful, colourful, and bubbly concept. The studio album consists of 10 songs with Jeon Woong and Kim Dong Hyun participating in the writing of the B-side tracks ‘Level Up’ and ‘3″‘ respectively and consists of tracks with various genres like EDM, Latin pop influence along with the summery title track, ‘Cherry’, which is a bright and vibrant track written by members Park Woo Jin and Lee Dae Hwi, who also participated in its composition. This is AB6IX’s third comeback this year after releasing two mini-albums; ‘SALUTE: A NEW HOPE’ and ‘MO COMPLETE: HAVE A DREAM’. The song has debuted at #1 on Bugs Chart, #22 on Melon and #143 on Genie. The title track and the album also charted in various countries and worldwide along with trending on YouTube, hence showing their influence.

Following a graduation theme, the group sing to their love about how they feel when they look at her. The styling in the music video is also fresh as their outfits switch from innocent to cool ones when they are dancing or partying. A mixture of funky beats and lyrics makes the song a cheerful listen for the viewers. AB6IX shares that the album represents AB6IX’s growth as they believe that they have grown musically as well as in style as compared to their previous albums. In their title track MV, we see the members dressed up as college students and Daehwi shares the story of the MV in their own words, “In the MV, AB6IX is preparing to confess to an imaginary person named ‘Cherry’ at a PROM party. The inspiration behind the song is similar to falling in love like how when we eat a cherry, our lips and hands get stained in red.”

The group is different from most groups as they share an ambition to take part in the process, they are after all a self producing group and with this album as well, we see their names being credited. The members thus spoke about their inspiration as Woong shares,  “Honestly, I think I get inspired by the words and atmosphere when it suddenly pops into my mind.”  Donghyun who wrote and composed the track, ‘3’ from the new album further reveals, “I wrote it while thinking of a topic that the public can comfortably relate with when they listen to the song.” Woong also shares his feeling about the future as he adds, “I would definitely like to see us release an album consisting of songs made only by the members.” 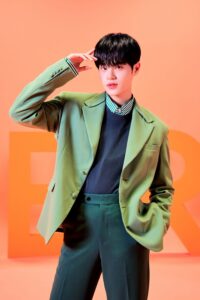 Not every group has the added bonus of a member who can speak English fluently and communicate with the fans but AB6IX has Daehwi. Besides his other skills, the member who has lived in Los Angeles and Japan shared his experience about the cultural differences and how he adapts with new people, “Since I lived in Korea when I was a child, I don’t think I felt the cultural difference much. However, since I lived in various places, I think it was good for me because I’m not shy when I meet new people.” 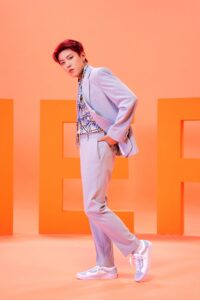 Member Woojin had appeared on ‘Superstar K’ when he was 11 years and as we look back from then to now, he shared his experience and the journey so far from ‘Superstar K’ to being an idol, “A lot of tough, dynamic, and dreamlike things happened during this journey. During that time, I worked really hard to become a singer. Now, as AB6IX, I am working hard to show the best performances to the public.” 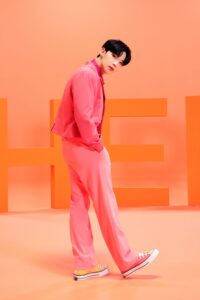 There is no doubt that every member of AB6IX is talented in their own way and Woong is no exception. Although one of his speciality is composing songs, his fans also love his song covers. He has covered many songs in various languages including English and Japanese and Woong shared his thoughts on it and his future plans to cover an Indian song, “I think it’s really fun to work on cover songs. So even in the future, I would like to sing in various languages. Please look forward to the Indian song that I will try someday~” 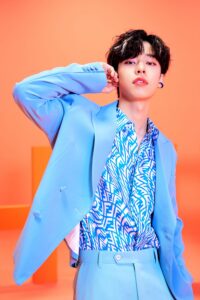 AB6IX has had multiple comebacks this year and for a newly debuted group, they do have a impressive list of discography and along with all of that, Donghyun also communicates with his fans through his ‘Dong Dong Hada’ series,  the singer shared what he really wants to do in the future as an idol or otherwise, “Just like the present, I want to continue showing my music and acting and also communicating with fans. Personally, I really want to open a café in future.”

The self producing talented group is not new to Indian fans, they are known to have a strong base in India and had recently met their Indian fans through MOKKOJI KOREA which is an international Hallyu Fest. When asked to share their message for their Indian fans, Woojin shared, “I am thinking of Indian fans cheering hard with their loud voices. I want to meet them soon! Until we meet, please take care of your health always and show a lot of love and interest for AB6IX’s new album,” as the members nodded in agreement. The group also sent another special message for their Indian ABNEW!

AB6IX maybe a group with only 2 years of experience but one thing is for sure, this talented quartet is here to stay and make sure, that the K-POP industry knows about their presence with their versatile music and style.

Want to know more about AB6IX? We sat down for ‘Chai Time’ with the talented quartet as they answered some fun questions!

IU Grabs Another Certified All Kill With ‘Strawberry Moon’

IU Grabs Another Certified All Kill With 'Strawberry Moon'