Get the chance to win Signed K-POP albums, Filming Equipment's and more!

Are you interested in Korean traditional culture? Do you want to get the chance to win Signed K-POP albums, Filming Equipment’s and other exciting prizes ! Then you should totally participate in this K-COMMUNITY CHALLENGE! Here’s everything you need to know about this exciting challenge. 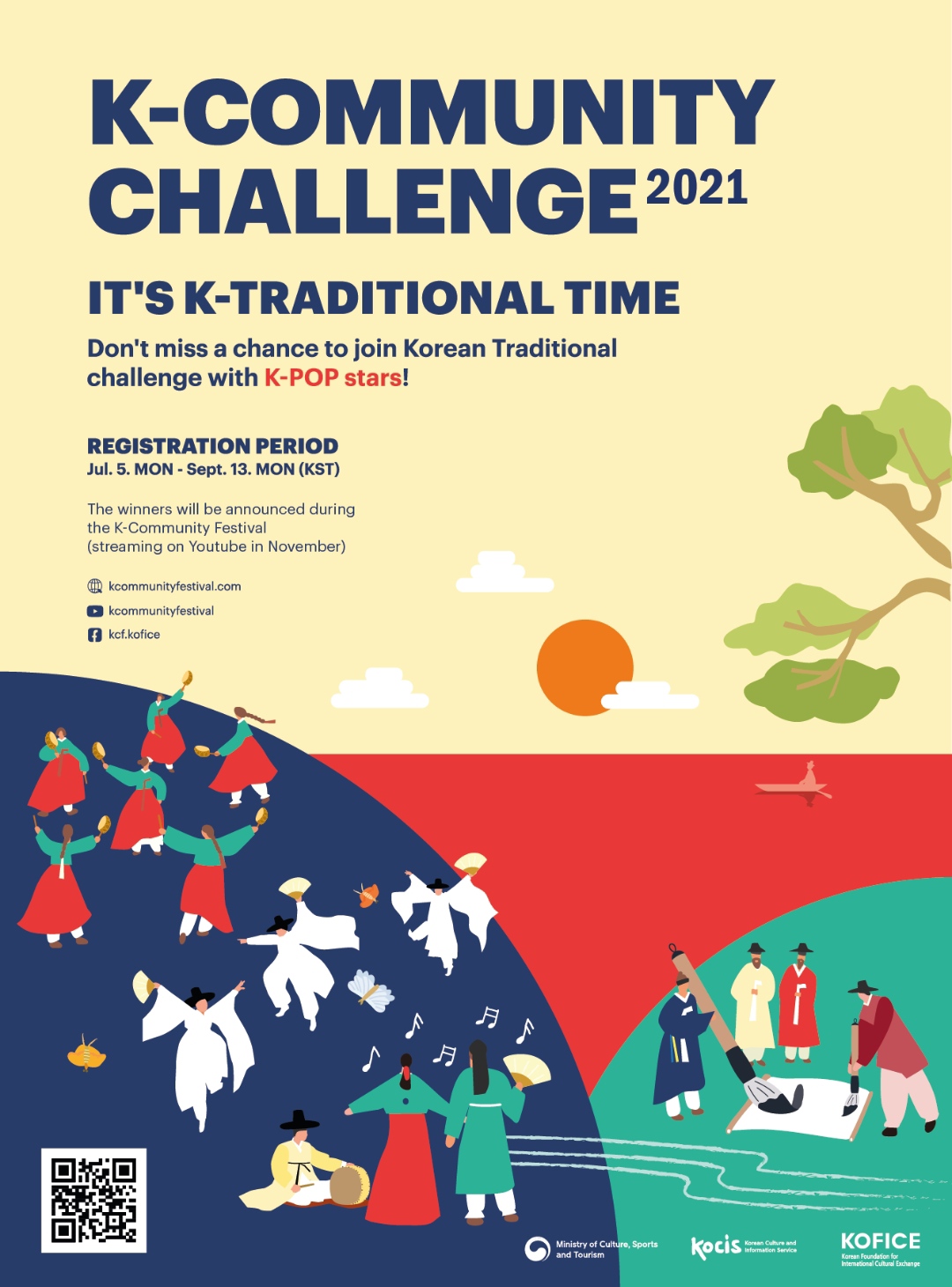 A group or gathering of people who likes Korean culture and actively meet on a regular basis are known as K-Community.

‘K-Community Challenge” is a cover challenge where people from all over the world learn about the Korean traditional arts virtually and share their own unique performance videos. All you have to do is learn the 4 genres of Korean traditional performances through their official videos and make your community’s great performances with the given music and more.

Your community is allowed to perfectly follow the presented performances or create new and special performances that show the characteristics of your own culture.

Any K-Communities that are active all around the world and an individual who loves Korean culture can apply for this challenge.

Select ANY GENRE out of the FOUR offered (Further explanation about the genres will be provided below)
Practice it and shoot the final cover stage video and upload it on YouTube with the required title and hashtags.

Winners will be announced on November 6, 2021 (KST), during the live K-COMMUNITY FESTIVAL that will be streaming on YouTube in November.

(Winners will be contacted via email, phone calls etc., by mid-October. And if there are any changes in the schedule, prior notice will be posted)

Here are the FOUR genre options you have

There will be 24 winning teams in total.

The applicants will be disqualified in the following cases;