Cheers to Jessi for such a thrilling show in London!

Jessi is currently on her Europe tour that started on October 8 in Berlin and ends on October 19 in Barcelona. This tour is called “Beyond Your Imagination” and we attended the London stop! The singer-rapper really did put up a fire concert for Jebbies in London on October 10! 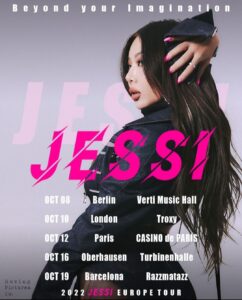 The concert took place at TROXY on Commercial Road. Although the show began at 9 PM, her fans started queuing outside the venue from 11 AM! The London show tickets were available from August 24 on SeoulRush, a UK-based K-Pop club night and events team. 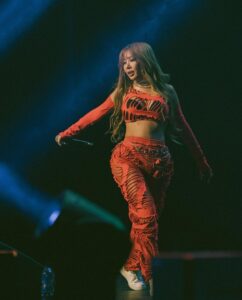 This is my very first K-Pop concert and I definitely picked a great show to start with! Watching Jessi perform live was just ecstatic! Dressed up in a red, ripped co-ord set, she owned the outfit and the stage with confidence. Jessi performed a variety of songs including her hit tracks Zoom, Gucci, Who Dat B?, Cold Blooded, and NUNU NANA. 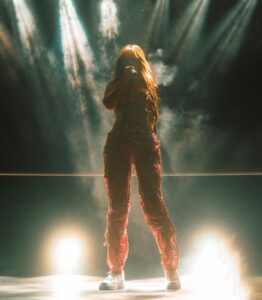 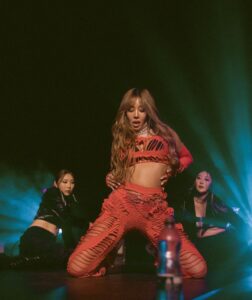 I have to say that my favourite performance of all was NUNU NANA because, for the first time in her concert, she sang with a fan! Although Jessi gave Sarah (the fan) a heads up that NUNU NANA was remixed for this show and the beats were faster, Sarah killed it! She perfectly rapped the lyrics in sync with the beat, making the concert all the more memorable for Jessi and all her fans watching her live in London.

#Jessi letting a fan rap the 2nd verse of “Nunu Nana” during her performance 😩😂 #JessiinLondon pic.twitter.com/kmQo1pBTji

During the intermission, fans got to watch Jessi’s childhood montage! It was a really cute collection of videos and images made by one of her brothers. The artist shared various things in the concert about her life as a kid and her struggles to get to where she is today. She’s also a naturally funny person and kept her audience entertained throughout the concert. She shared the creative process that goes behind writing lyrics for her songs and how dedicated she is while she’s in the studio, making music and doing what she loves. Jessi seemed really proud of the line “My kimchi so delicious” from Cold Blooded. She initially wanted to make it sound funny and saucy, but liked it better when she found a way to bring her culture into it. After all, Kimchi is one of Korea’s traditional food items.

I actually loved EVERYTHING about the Jessi show in London today. From her giving advice to us fans, to her being open about her struggles, to her energy whilst performing. I’m so blessed to have experienced it

The artist became emotional when she shared that she is currently going through a rough patch, but also disclosed that she will be taking therapy in Seoul after her tour and promises to be back stronger. Throughout the show, the artist advocated for mental health, body positivity, and woman empowerment. Jessi is all about keeping it real, which is why it was delight to watch her!

Jessi’s mom was also at her concert showering her with immense love and support along with Jebbies!

This concert was absolutely entertaining and totally worth the wait! Singing to Jessi’s best hits along with her, my best friends, and hundreds of fans gave me chills down my spine. I clearly remember the adrenaline I felt during the concert and it makes me happy everytime I think about that night. That’s the best thing about concerts in general, it leaves a memorable impact.

I discovered Jessi in 2018 in a K-Drama named Cinderella & Four Knights, for which she sang the OST “My Romeo.” I became a big fan of hers after NUNU NANA and always admired her honesty and openness to taboo considered topics. She is someone I draw inspiration from and hence this concert is very special to me.

Jessi is a fierce singer, songwriter, and rapper making a significant impact in the K-Pop industry, especially for women. She is known nationally and internationally for her bold attitude, breaking stereotypes, and setting positive standards in the eyes of her fans.

We wish Jessi absolute happiness in her upcoming endeavours and hope she feels stronger soon.

Are you a big Jessi fan? Have you watched her perform live? Name your favourite Jessi tracks in the comments!