As the Hallyu wave keeps traveling, a collection of Korean words such as Aegyo, Kimchi, Banchan has entered the Oxford Dictionary..

Recently, the surge in the interest in Korean culture has taken the world by storm. Due to the daily growing numbers of K-Pop and K-Drama enthusiasts, the influence of K-Beauty, K-Food and even the language have exponentially been greater in the past few years. Popular groups like BTS and BLACKPINK amongst many popular groups have impacted the music industry and listeners largely. We are all familiar that the Oscar-winning film ‘Parasite’ and recent series which became a global trend ‘Squid Game’, are rooted in South Korea. 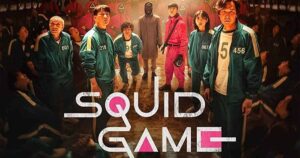 Since the culture has spread like a wildfire, it has impacted not only Korea but also the rest of the non-Korean speaking community. Taking that into consideration, OED has officially added 26 new Korean words to its latest edition, that are significantly used in daily life. Aegyo (something which has a characteristic charm and cuteness, similar to the Japanese interpretation of kawaii has been added), Unni (a female’s elder sister or to address an elder woman respect and endearment, also connoted to respect for an actress or singer) and Oppa (a female’s elder brother or to address an affectionate elder male such as a celebrity or a boyfriend) are some of the words that have been added to the dictionary.

The inclusion of Korean words in the OED is a sign of inclusivity and diversity that one culture has to offer and another is willing to accept. Hallyu, which signifies the Korean cultural wave that includes the entertainment and related culture has also been added. The spread of Hallyu has contributed to making South Korea as one of the most celebrated countries in respect to culture and entertainment But this is not the first time when OED has included Korean words. The most commonly used word, K-Pop was added in the dictionary in 2016 along with the prefix ‘K-‘ which denotes ‘Korean’, as in K-Drama, K-Food and more. 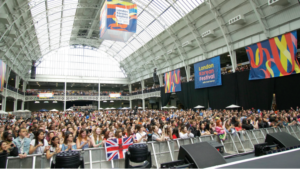 “The adoption and development of these Korean words in English also demonstrate how lexical innovation is no longer confined to the traditional centres of English in the United Kingdom and the United States—they show how Asians in different parts of the continent invent and exchange words within their own local contexts, then introduce these words to the rest of the English-speaking world, thus allowing the Korean wave to continue to ripple on the sea of English words.”, said OED about the recent feature.