South Korean singer, GOT7 member Yugyeom Tops iTunes India with his latest solo single, ‘I Want U Around (feat. DeVita)’ on 11th June. 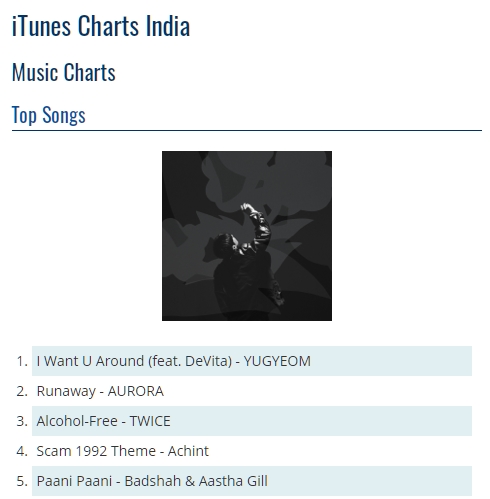 It charted on iTunes in India on #1 with 20 other countries while writing this article. Indian Ahgase also celebrated this by posting and sharing it on their SNS’s. 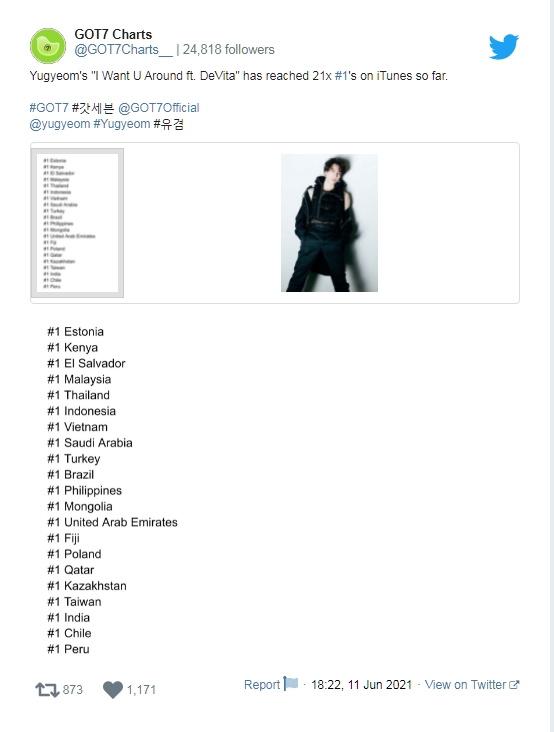 In the MV, Yugyeom finds himself tied up in the forest until he escapes and makes his way through a barren landscape. ‘I Want U Around’ featuring DeVita is the GOT7 member’s first release under AOMG, and it’s the title song of his solo debut single ‘Point of View: U‘.

Yugyeom’s first solo album ‘Point Of View: U’ contains seven tracks. The titles of the songs have already made fans fall for the album as they wonder if the K-POP artist is in love or trying to make fans fall (harder) for him.  All songs in the album have been produced by GRAY and Cha Cha Malone while AOMG artists like DeVita, GRAY, Loco, Jay Park, and Punchnello will be starring in the songs.

Got7 members also supported Yugyeom’s song release on their Instagram stories is the sweetest thing. Yugyeom’s ‘Point of View: U’ will be released on the AOMG Youtube channel on June 17th.

2. ‘Running Through The Rain’ (Produced by GRAY)

Watch Yugyeom’s ‘I Want U Around’ MV below.

Let us know what you think about his solo debut and stay tuned for more updates!

Jay B Shows his Support to ‘This Abled’

Jay B Shows his Support to ‘This Abled’