Rocket Punch Is Gearing Up For An August Comeback

On August 20, six member girl group Rocket Punch announced their return with a teaser and scheduler for their second single album. 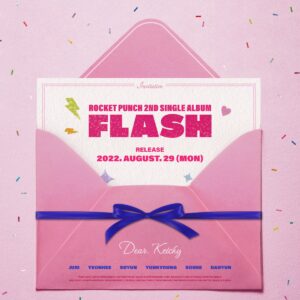 This new album is title “FLASH” and according to the scheduler, the girls will be revealing promotional activities such as concept images, track list, teasers, and more until the official release of their second single album.

“FLASH” is their first comeback in six months, with “YELLOW PUNCH” being their previous release in February 2022.

Are you excited for their return? Stay tuned with us for further updates.