What awaits Yeo Wool now that Na Yoon is the chairperson? What will she do?

This week, only Episode 11 of ‘High Class’ aired due to the football prelims. But even with that one episode, we are left with a cliffhanger and can’t help but wonder what awaits our female lead as she tries to piece together the truth behind her husband’s “death”.

Netizens are divided in their reactions to High Class. Some are eagerly waiting to see what will unfold, but a majority is frustrated with the show. Netizens are mostly disappointed at Yeo Wool for allowing herself to get pushed around even though she is a lawyer. 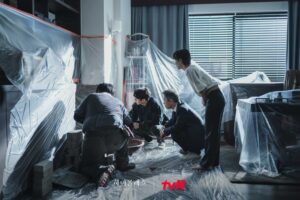 Even though we got only one episode this week, it was enough for us to come up with theories. Last week, the show pulled a ‘Parasite’ with the reveal of a hidden basement where someone had been living for quite some time. Yeo Wool decides to seal the basement and tries to get back to living normally. However, her son Yi Chan is suffering from shock because of which he has lost his ability to speak temporarily. We can’t help but empathize with the poor boy. After all, any child would have suffered from a great deal of shock if they were in Yi Chan’s place.

Not only this, Yeo Wool refuses to register her husband’s death and not long after, Hwang Na Yoon is declared the chairperson of HSC foundation. 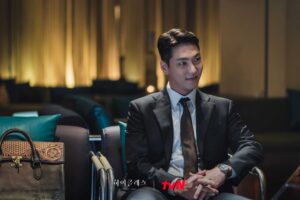 By now, we all know how shady the characters in the K-Drama are. Everyone is after money and will do anything to get it. Nam Ji Sun is trying her best to get a place on the board of directors of the Foundation, Alex Comer seems to be double-dealing with An Ji Yong and Nam Ji Sun, and Na Yoon is gearing up to make Yeo Wool’s life difficult. 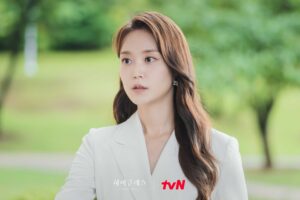 We feel like Ji Yong is using Na Yoon by making her the chairperson. She seems to be unaware of his schemes and is quite gullible when it comes to Ji Yong, so she is the perfect puppet for him.

Na Yoon foolishly thinks she has the upper hand, but Ji Yong might use her as a scapegoat and transfer the foundation’s funds out of Hong Kong. It also seems that she has been his puppet for a long time. Her gallery may have been a front for his slush fund, and so we can see her and most of the other people heading towards a brutal ending.

Although frustrating at times, the show is interesting. Maybe now that Yeo Wool knows that her husband is alive, she will take charge and uncover all the evil schemes of her husband. All that is left to see is how each character meets their downfall at the hands of Yeo Wool.

What did you think about Episode 11? Let us know in the comments or tweet to us. We’ll see you next week with episodes 11 & 12.