On April 21st, SM Entertainment announced that NCT’s Yuta Nakamoto will kickstart his acting career by starring in the sequel to the Japanese movie ‘HiGH&LOW.’

In ‘HiGH&LOW The Worst X’, Yuta will portray the role of the movie’s main antagonist ‘Ryo Susaki,’ the leader of the gang of Senomon Industrial High School, as he battles it out with Oya High School.

Yuta will be starring in the movie alongside THE RAMPAGE member Kazuma Kawamura and BE:FIRST member Ryoki. 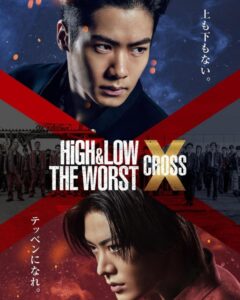 After the announcement, the official trailer of the upcoming movie was also released. In the trailer, Yuta is seen in a ravishing red suit where he performs powerful fight scenes in what seems to be like an action-filled blockbuster.

Yuta will be the third member of NCT to start his acting debut following Doyoung and Jaehyun.

“To start off, I was genuinely happy when I heard about this work. This was a work I had known since the beginning. I was worried because this is my first attempt at acting. But when the filming started, [my] co-actors and directors kindly gave me advice, which was a great learning experience. Above all, I enjoyed it.” says Yuta

The movie will be premiering in select theatres across Japan on September 9.

Are you excited about Yuta’s acting debut?

GOT7 Reported To Make A Comeback Soon