(G)I-DLE released their first studio album ‘I NEVER DIE’ in order to prove their attitude to the world while staying true to their values. The teaser for the album displayed the girl group’s determination to not back off, to not say goodbye and to never stop.

‘I NEVER DIE’ has nine tracks of various genres that capture the feelings and thoughts of (G)I-DLE and their fight against all the prejudices of the world. The album begins with the title track ‘TOMBOY’, which focuses on revealing (G)I-DLE’s confident attitude. Leader Soyeon took part in all the aspects of the track including the composition and arrangement. The music video visualizes three concepts – the ‘RiSKY’ noir style which steals your breath away, the relaxed and cool concept ‘CHiLL’ forming a revenge squad and the last ‘SPOiLED’ that expresses an unruly but irresistible protagonist aura. 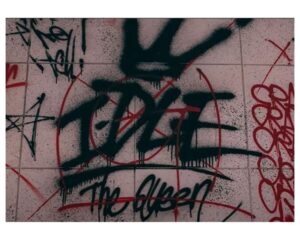 Apart from the three concepts, the bold moves and the rebellious attitude that won’t let anyone or anything hurt them is another thing that immediately hooks up the listener and breaks the age-old stereotype of a woman who sheds tears of love. With the lyrics like ‘I’m not a doll’ and ‘Just me I-DLE’, the group sets up a standard that no one can match by proclaiming themselves and their self-identity as only theirs. 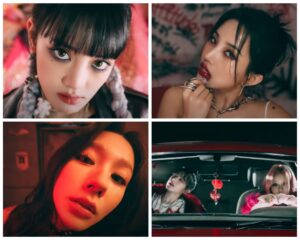 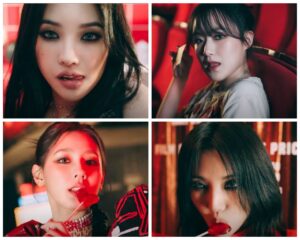 The stunning choreography and visuals place the track on an entirely new level. The beats instantly hit off and along with the strong visuals that coincide with the concept, it creates a new and rebellious environment for the listener. Especially the ending part with the dolls, where the girls establish their attitude by being just themselves. The music video also sees six balloons floating from the trunk, indicating the reference to (G)I-DLE’s original number count. 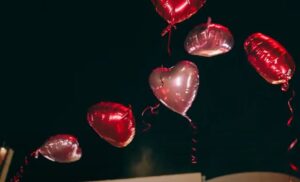 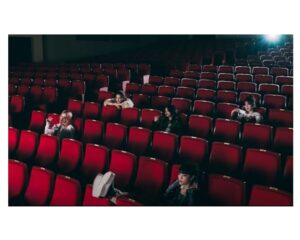 The album is also filled with spectacular b-side tracks that speak volumes about the attitude of the girls. ‘Never Stop Me’ expresses their will to live as they wish while at the same time owning their regrets. ‘VILLAIN DIES’ conveys that not every ending is supposed to be happy, sometimes the protagonist also has to deal with sad endings. ‘ALREADY’ speaks about the last day, the day when the story ends. ‘POLAROID’ encapsulates the time when they cherished the times spent together and keep those memories forever in photographs. ‘ESCAPE’ is like a hand that will hold one hand whenever one feels weary or wants to give up, taking one anywhere they wish. ‘LIAR’, displays that one hasn’t changed, it’s just that one hasn’t displayed the hidden diamond within them. The last track, ‘MY BAG’ is about those hidden diamonds and the gems within oneself.

The members took part in the creation of each and every track including the composition and the lyrics. With a mish-mash of different genres and styles including alternative rock, pop, R&B and hip-hop the album soars higher and higher reaching not only greater heights but also piercing the hearts of the listeners.

‘I NEVER DIE’ was released on March 14 and it has topped various music charts.

Have you heard ‘TOMBOY’ yet?