The cast of this drama is attracting variant fandoms and who wouldn’t? Read on to find out who takes which role to make this drama a note worth watch in 2019 !

The main actor is none other than Ong Seong Wu who debuted as a member of Wanna one. The lead actress is Kim Hyang Gi. She is famous for her acting in the drama “Sweet Revenge” (2017). Shin Seung-Ho plays the second male lead, he has previously acted in the popular web drama “A-Teen” (2018). ASTRO’s MoonBin has also been casted in this drama in a supporting role.

A youth based drama, ‘At Eighteen’  depicts life changing moments in the lives of eighteen-years-old as they experience whirlwind of emotions. It follows the story of Choi Joon Woo (Ong Sung Woo) who transfers to a new school and tries to adjust in the new environment. Coming-of-age drama , taking a realistic look into the moments of their lives and moments that all of us might have experienced at one time or another, this drama is truly a fresh walk down the memory lane for most of us who have crossed passed this phase.

As the series marks Ong’s first official lead role, the Chief producer Oh Hwan Min opened about Ong Seong Wu as the lead of the series. He told that “We had expected him to be at about 50 out of 100, but he gave us a performance that was 100 out of 100.” 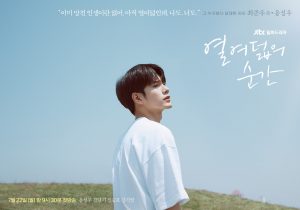 Choi Joon Woo is a 18 year old boy who lives on a rooftop alone. His mother lives in the countryside running a restaurant and his father has abandoned the family long time ago. He is misunderstood as a violent person by everyone because of his past experience in his previous school. In his everyday life of loneliness, he encounters many difficulties in expressing his feelings although he has some cute and funny traits. 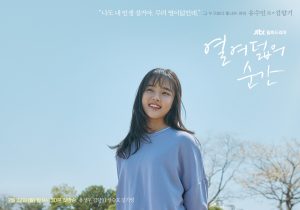 Yoo Soo Bin, 18 year old girl who is an excellent student but her mother is never satisfied with her results. Her mother wants her to go to Seoul National University but she believes that she is just an ordinary girl and it would be more than enough for her to be accepted by any university in Seoul. She just wants to be free from her mother’s critical attitude. 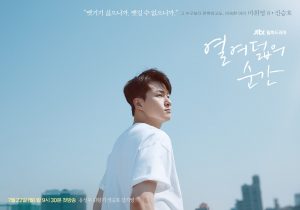 Ma Hwi Young is an ideal student for everyone, but he has a dark side too. Unlike his perfection, he always feel complex because of his parents expectation on him to be a flawless student just like his brother. He likes Soo Bin ever since middle School but could never express his feelings to her. Now that Joon Woo has transferred to their school he starts feeling insecure about Soo Bin’s behaviour towards Joon Woo which makes him show his dark side to Joon Woo.

Here is a sneak peak to the drama and I hope you get hooked to it just like me! Let us know if you are watching this too.