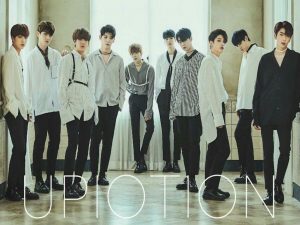 Up10tion is all set for their upcoming comeback this year.

Up10tion is a 10 member K-Pop boy group which had debuted under TOP Media in 2015. Since their debut with the powerful mini-album ‘Top Secret‘, they have come a long way. Moreover, they have slowly charmed their way into the hearts of their enthusiastic fans.

Once again they are on their way to enchant us all with the new comeback this year. This comeback, however, will only include 8 members of the group as Kim Woo Seok is promoting with X1 and Lee Jin Hyuk is taking a break following “Produce X 101“.

According to the schedule revealed by TOP Media, Up10tion is set to release their new official music video on 22 August, 2019.  Before the fateful day arrives, the fans will be enticed through the play of teasers which are sure to arouse your curiosity. With a captivating and unique concept of space and galaxy, we can’t wait to check out this comeback.

So Honey10 are you all ready to be dazzled again? 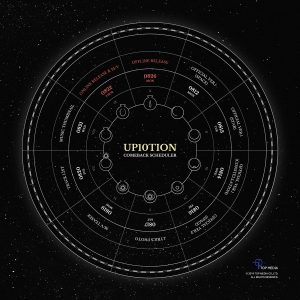 Stay tuned for more on Up10tion~