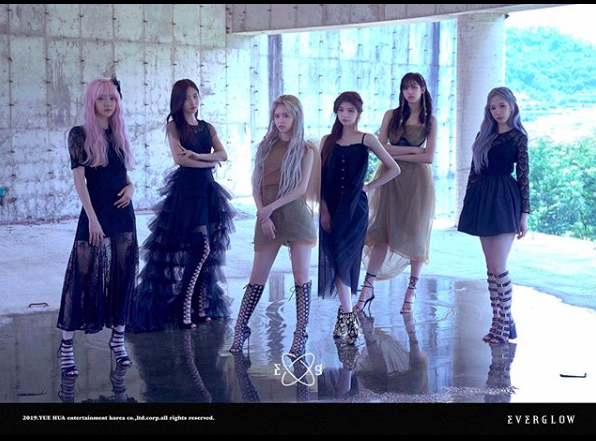 EVERGLOW is a six-member group under Yuehua Entertainment that made their debut in March with “Bon Bon Chocolat.”

Earlier on August 4th at 1pm KST EVERGLOW hinted on their sns with a teaser of  ‘coming soon’ and a new logo. Fans immediately speculated of their comeback. You can check their animated logo here.

True to the buzz, they released two more teaser images on 5th August at 12 PM KST with photo concept images and typo artwork confirming the release of their second single album.

EVERGLOW is killing it with their powerful photo concept that accentuates their individual charisma. The group announced the release for their second single album “HUSH” on August 19. We sure can expect a lot more teaser images and videos in the coming days. Keep watching this space to know the latest updates about EVERGLOWsecond single album “HUSH“!

Who else is excited?