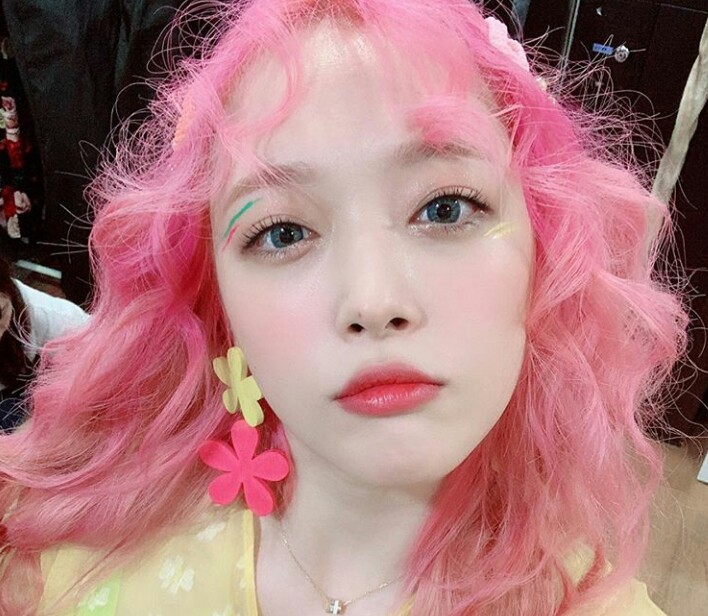 Sulli (Choi Jinri) has finally made her solo debut with the single ‘Goblin‘!

The ‘Goblin‘ EP features a total of three tracks – lead single ‘Goblin‘, ‘On The Moon‘ and ‘Dorothy‘. The actress and artist has participated in writing the lyrics for all three tracks off her solo debut.

A music video was released for the title track ‘Goblin‘, which spins a tale of a girl suffering from Dissociative Identity Disorder – a mental illness wherein the patient faces a trauma so severe that it creates another personality as a coping/protective mechanism. The video is shot in a fantastical almost whimsical manner with Sulli’s portrayal of her three other personalities and the manner in which they interact inside her mind.

The track itself has a folksy pop vibe while the lyrics describe how she is perceived by others. The video closes with Sulli disclosing to her therapist that the other personalities are gone, which may be alluding to the dissapearance of her fears.

Check out the stunning ‘Goblin‘ music video below!

Stay tuned for more on Sulli!