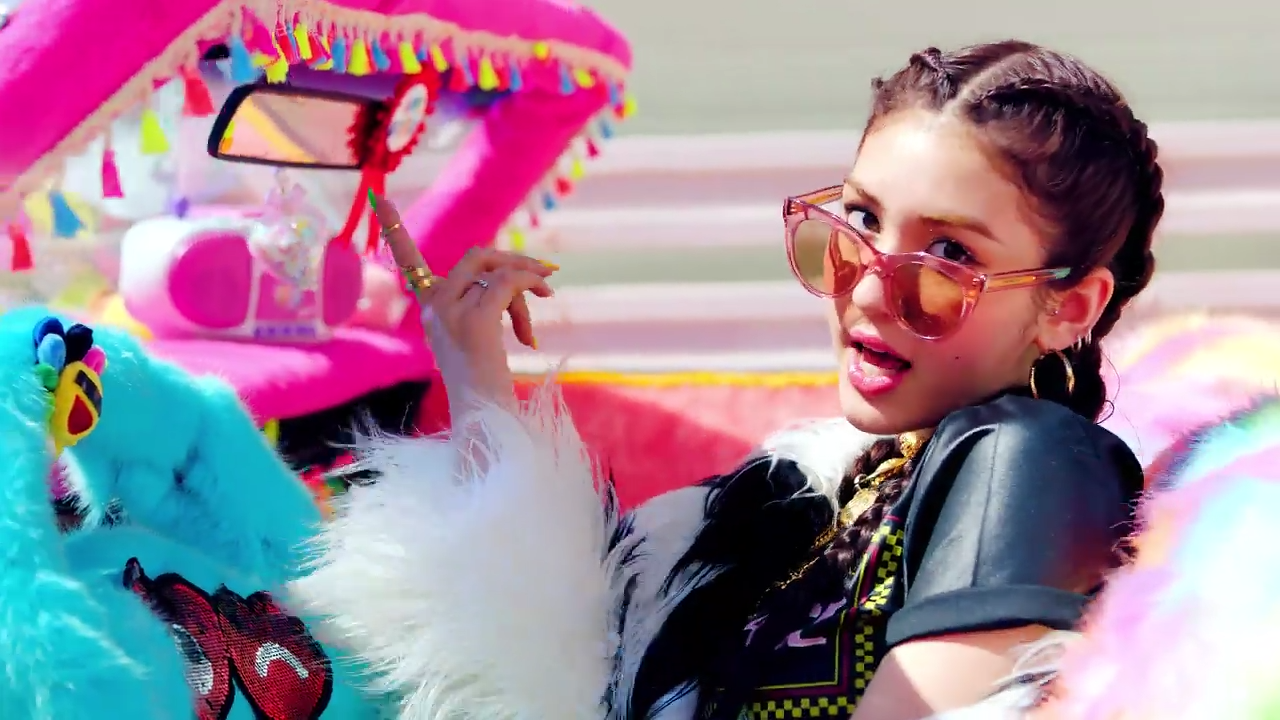 Jeon Somi is coming for our wigs with her solo debut!

Her debut single ‘Birthday‘ was released today at 6 PM KST and immediately became the talk of the town. The idol proved that she has very much come into her own as an artist what with her participating in composition of both tracks on the EP – lead single ‘Birthday‘ and self composed ‘Outta My Head‘.

Earlier in her survival show days, the quirky idol was known for her bright and bubbly image but with the shift from JYP Entertainment to The Black Label, Somi showed fans a darker, sexier image that didn’t sit well with her earlier fans.

Her debut music video ‘Birthday‘ intricately combines all facets of Somi’s image in such an aesthetically pleasing package that it is impossible to dislike. The catchy track, with it’s fun yet sassy lyrics and fly choreography is everything and we are living for it.

Check out the hot debut music video below!