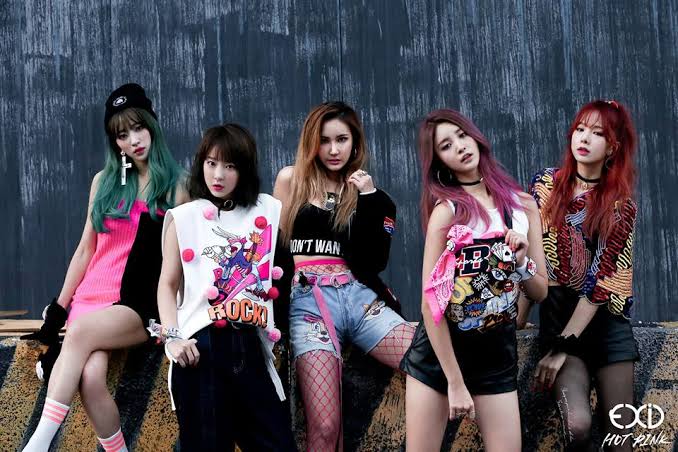 EXID is making their last full group comeback this month.

On 3rd May, BANANA Culture Entertainment revealed that LE, Solji and Hyelin have decided to renew their contracts which end this month, while Hani and Junghwa will be leaving the company.

The agency also stressed on the fact that this does not mean that EXID is disbanding, and will be looking at options for the group to perform together in the future.

They also revealed future plans for the three members who renewed, stating “The three members will be focusing on individual activities for the time being. Solji and LE plan to promote as solo artists, while Hyelin will focus on both variety broadcasts and music.”

BANANA Culture also relayed their gratitude to Hani and Junghwa, and wished them the best for their future endeavours.

It was also revealed that EXID will be making their last comeback as a full group on 15th May before going on an indefinite hiatus.

The group will be releasing a mini album, and will also finish their album promotions both in Korea and overseas as a full group.

On 4th May at midnight KST, a time table for the comeback was released. Check it out below and stay tuned for more details! 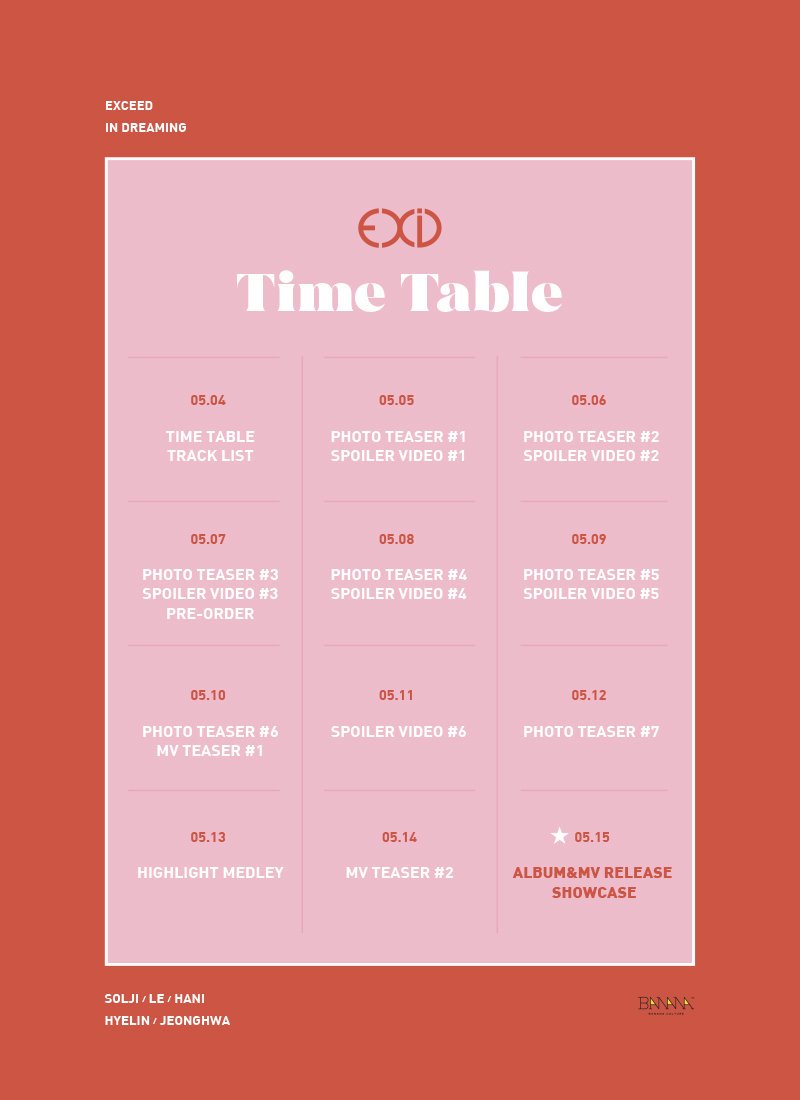