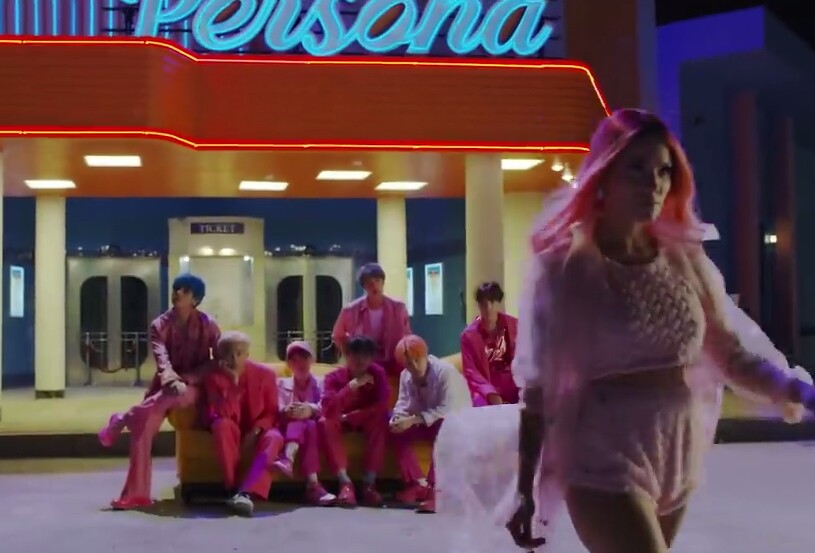 There are several reasons why this comeback is so exciting to fans especially older ARMYs. The new release ‘Map of the Soul: Persona‘ is reportedly revisiting the septets hip hop roots. The pre-release intro track titled ‘Persona‘ performed by RM held several throwback that eagled eyed ARMYs were quick to pick up on and was reminiscent of their older music.

The newly unveiled title track ‘Boy With Luv‘ also holds a title very similar to one of the group’s earlier songs ‘Boy In Luv‘. Time and time again, American talk show hosts have asked BTS if they’d like to collaborate with a Hollywood artist and it seems like the boys decided to surprise fans with this one – the Halsey collaboration is finally here! Not on a one off single but on (what appears to be) the group’s title track!

Although it was speculated that this album would be a darker one, the teaser features bright pinks and blues and a retro vibe that begs to differ. Not to mention, Halsey and the boys are gorgeous and give off a luxurious image in the teaser.

Check out the music video teaser for ‘Boy With Luv‘ featuring Halsey below!