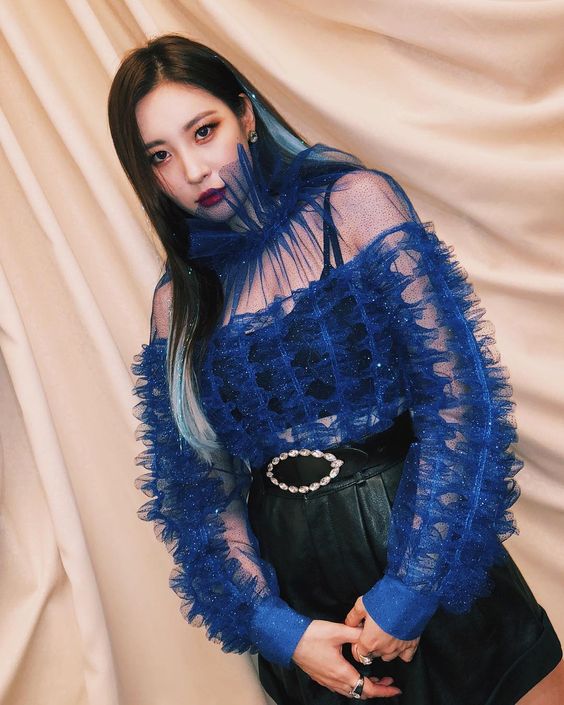 Sunmi has finally announced the official name and colors of her fan club!

The singer had previously asked fans to vote for the preferred name via a google form posted on Twitter. On 21st March, MakeUs Entertainment finally revealed Sunmi’s fan club name and colors.

Sunmi’s fans will now be known as ‘Miya-ne (미야네)’, which means “Sunmi’s family” or “Sunmi’s home”, emphasizing the fact that her fans are always there for her. 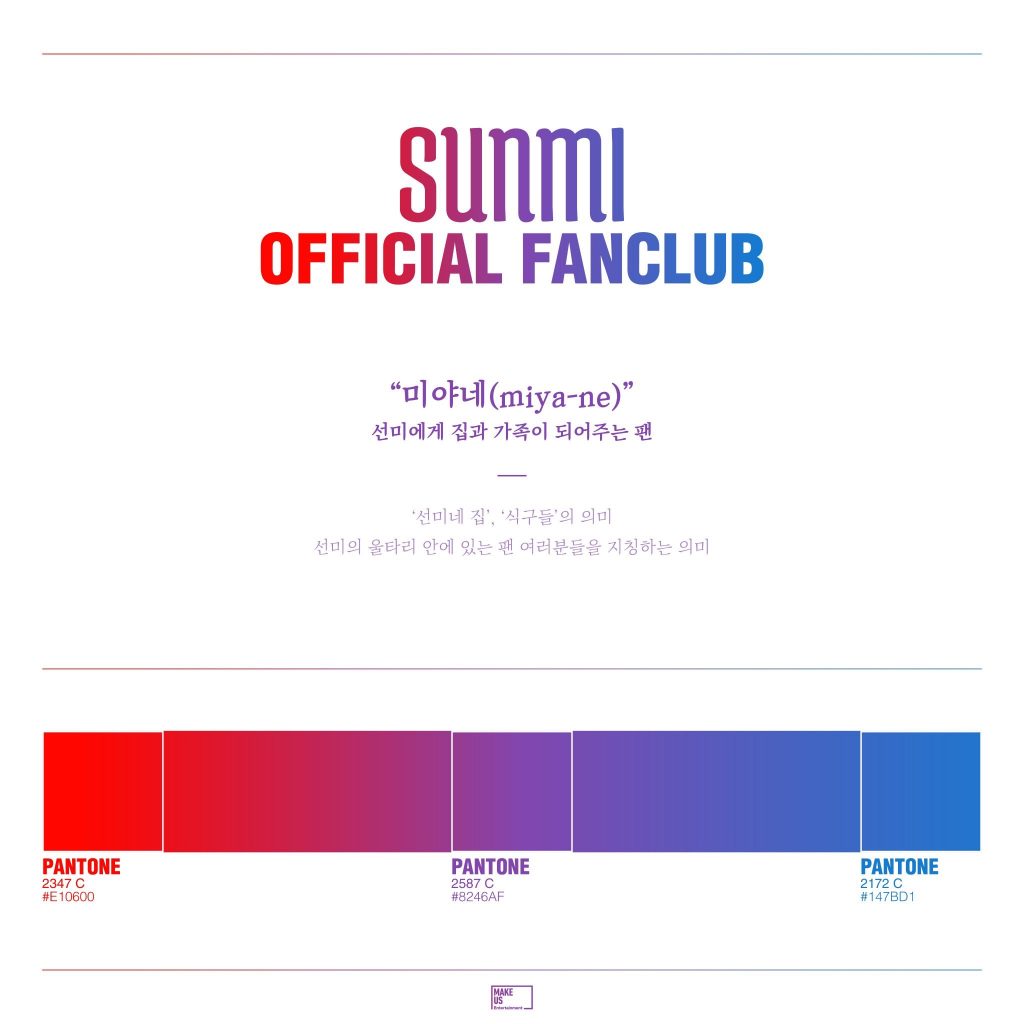 What do you think about the colors and fan club name?