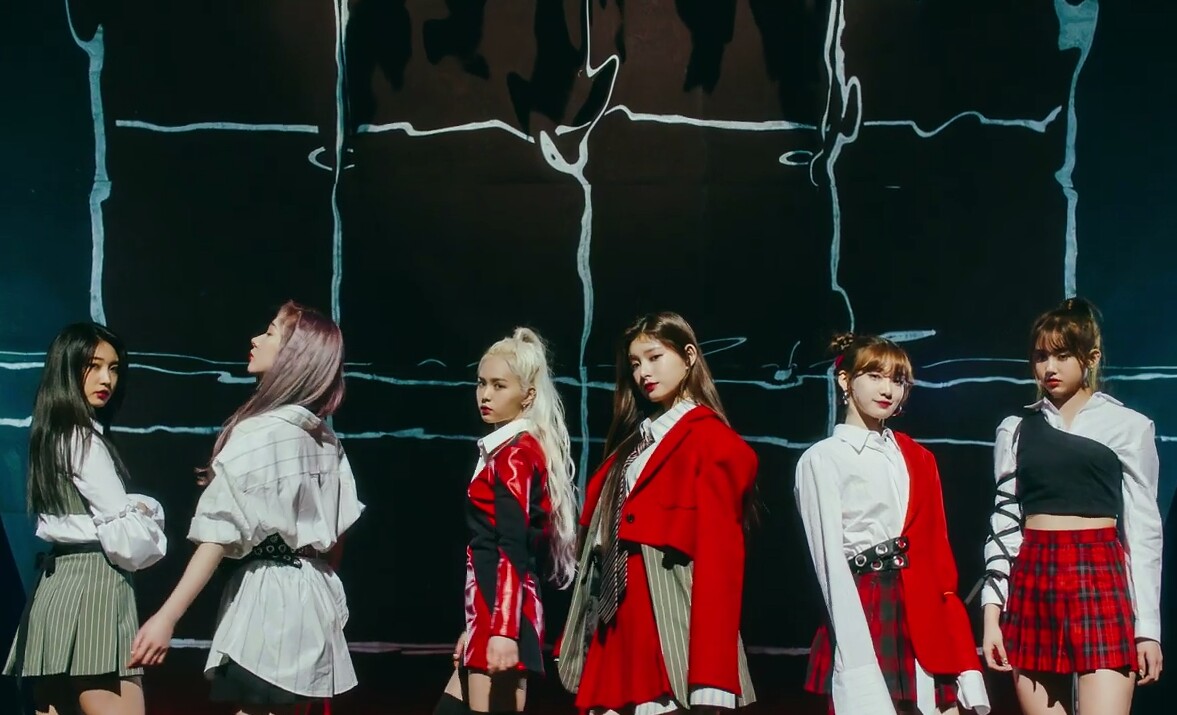 ‘Bon Bon Chocolat‘ is the lead single off the girl group’s debut mini-album titled ‘Arrival of Everglow‘. The three track mini-album and music video will be released on 18th March. As a nod to their group name, the concept photos reveal the girls dressed in fabulously glossy outfits while the highlight medley gave us a very brief sneak peak at their musical sound.

Although the preview clip gave off a very sugar pop vibe, the music video teaser hints at an almost girl crush concept. The members have shown various styles in their ‘Crank In Film‘ including cute, girl crush and glamorous.

Check out the teaser below!

Members Sihyeon and Mia have also released a beautiful acoustic mash up cover of iconic songs like BLACKPINK‘s ‘Forever Young‘, BTS‘ ‘Spring Day‘, Crush‘s ‘Beautiful‘, Frozen OST ‘Let It Go’ and many more. Peep that below!