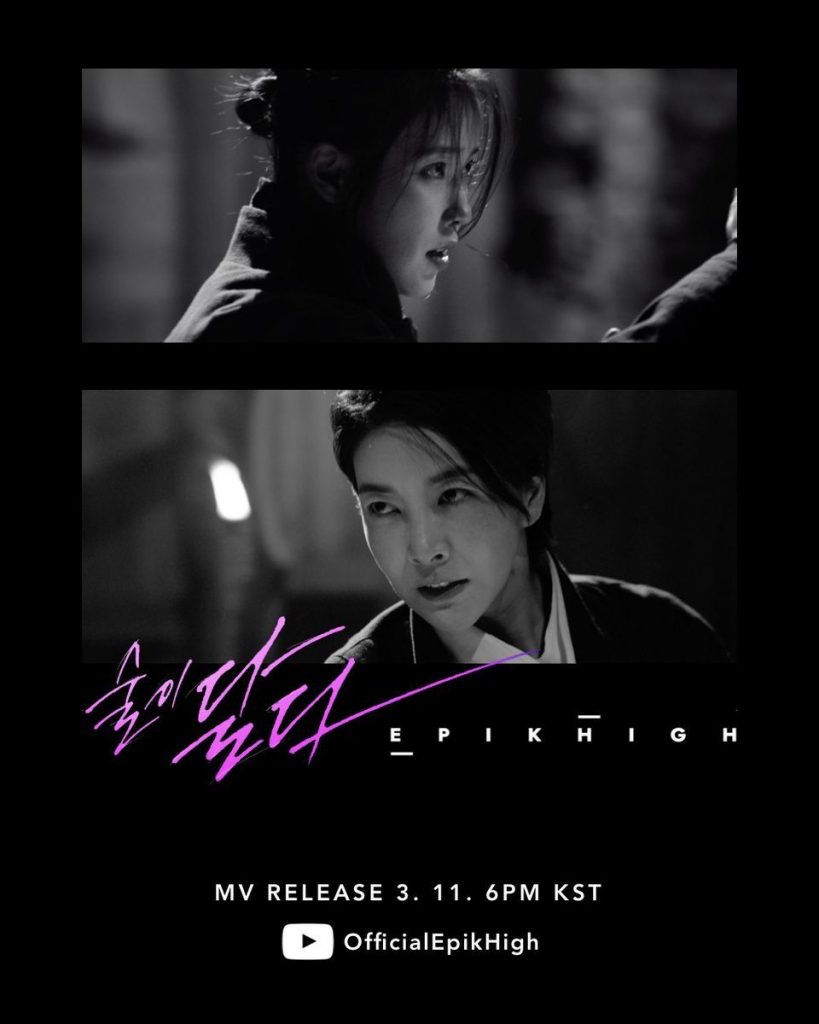 Epik High is back with ‘sleepless in___‘ and has dropped the music video for title track ‘LOVEDRUNK‘.

Yes, after teasing for their comeback for the past few weeks, Epik High has finally released their comeback album ‘sleepless in____‘ which is their first release after leaving YG Entertainment.

The title track ‘LOVEDRUNK‘ featuring Crush is composed by Tablo and DJ Tukutz and co-written by Tablo and Mithrajin. Apart from Crush, ‘sleepless in___‘ also features collaborations with Sunwoojunga, Yuna, Code Kunst and BTS’s Suga.

The music video features IU and actor Jin Seo Yeon and it talks about the phase a person goes through after a breakup where all you want to do is drink to get over the pain and insomnia. Jin Seo Yeon portrays the role of a martial arts master and IU a pupil and both of them indulge into a battle and depicts the story of finally getting freedom from the one you have always wanted to go away from but ending up lonely and heartbroken at the end.

Just after its release, ‘LOVEDRUNK‘ went straight to No.1 of all major realtime Korean music charts Melon, Genie, Soribada, Bugs, Naver and Mnet. Tablo even took to Instagram to thank his fans for all the love shown for their comeback!

고마워요… 또 한 순간, 하루, 한 해 음악 할 수 있게 해줘서 진심으로 감사드립니다. 오늘따라 정말 #술이달다 Thank you so, so much… for allowing us to make music for you… tonight the drinks are going down easy and we are #lovedrunk

Check out the beautiful MV for ‘LOVEDRUNK‘ below and share us your thoughts!