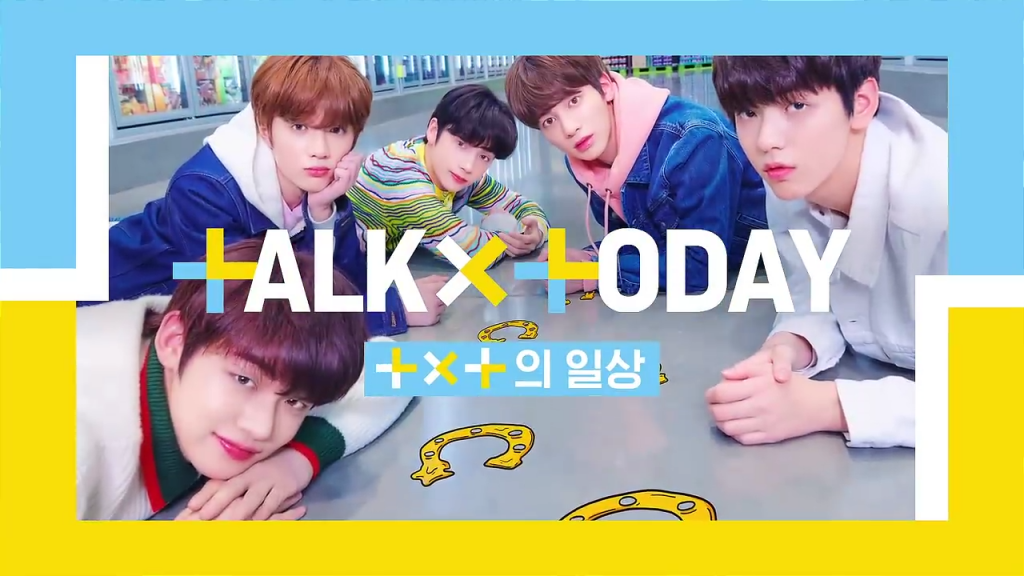 The rookie boy group made their debut on 4th March on Mnet’s ‘Debut Celebration Show‘ with lead single ‘Crown‘ and their debut mini-album ‘The Dream Chapter: STAR‘. This was followed by a debut showcase on 5th March at the Yes24 Live Hall and news that TXT had signed a distribution deal with the  American record label Republic Records owned by Universal Music Group.

Republic Records is home to artists like Ariana Grande, Taylor Swift, Post Malone, Jonas Brothers and more. This came as a surprise considering that their labelmate and senior group BTS are signed to Columbia Records, a subsidiary of Sony Music Entertainment which houses artists like Alicia Keys, Katy Perry, Zayn Malik, John Legend and more.

The boys of TXT have dropped teasers for their new web reality series titled ‘TALK X TODAY‘ which will begin airing on the group’s V Live channel on 11th March at 8 PM KST. The video teaser shows the boys in the dance studio, working on music and chilling out.

Check out the teaser below!