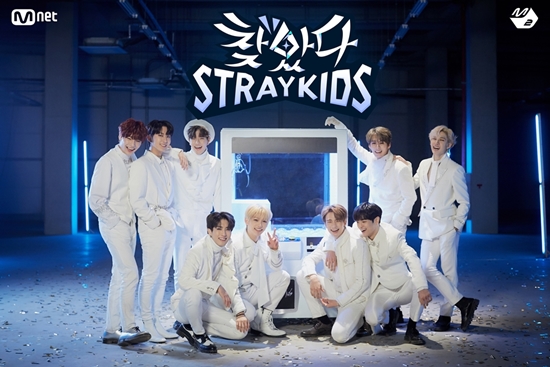 STRAY KIDS have some exciting news for their fans!

Stray Kids is getting their first ever reality show since their debut. CJ ENM‘s music digital studio M2 released a teaser video for their show ‘Finding SKZ‘ on 6th March via YouTube, Naver, Facebook, etc.

The video features all the nine members wearing white suits and masks, who get invited to an unknown and mysterious place. They all seem to be looking for a hidden jewel in a claw machine. The teaser which looks like a music video definitely makes one excited and curious about the reality show.

The show is scheduled to air via MNET on 20th March at 8pm KST, and will also release content online through M2.

Watch the teaser of the upcoming show below –

In another news, Stray Kids is all set to embark on a domestic tour throughout Korea. JYP ENTERTAINMENT revealed a poster for the upcoming tour ‘Hi-STAY TOUR IN KOREA‘ via their official social media accounts. The tour is going to start from 15th March and the last show will be on 20th April.

The group will be visiting cities like Busan, Daejeon, Incheon, and the last stop being Seoul, where a “Special Stay Event” will take place at the Olympic Hall.

Check out the poster below – 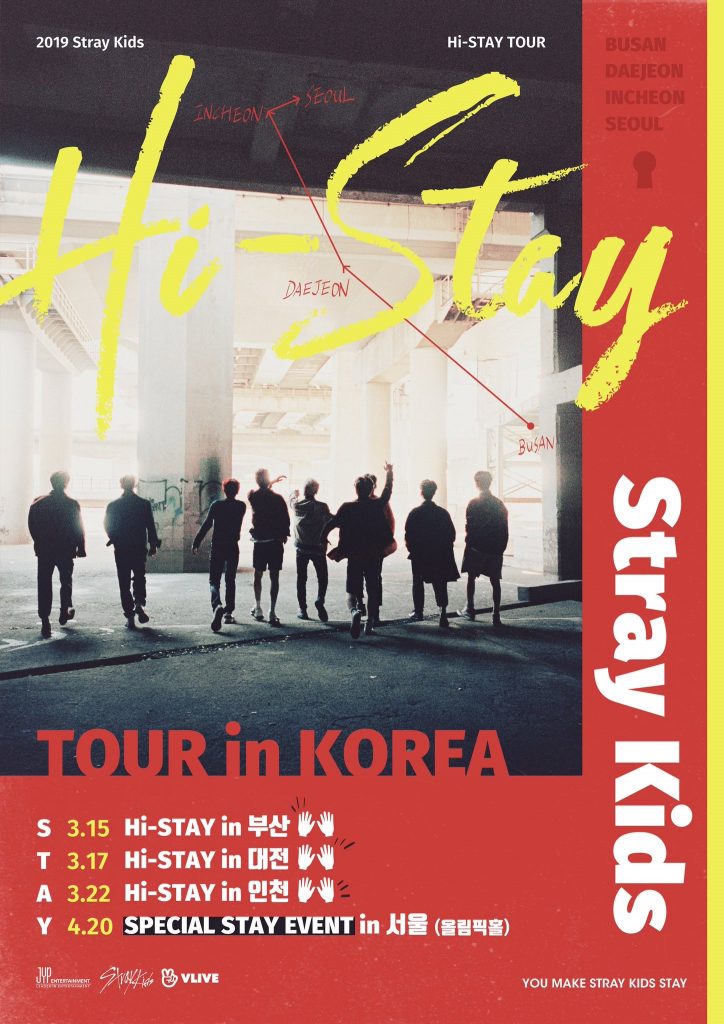 Meanwhile, the group will be making their comeback with ‘Clé 1 : MIROH’ on 25th March. Stay tuned for more details.