BTS & TXT Set Twitter On Fire With A Single Photo

BTS & TXT Set Twitter On Fire With A Single Photo 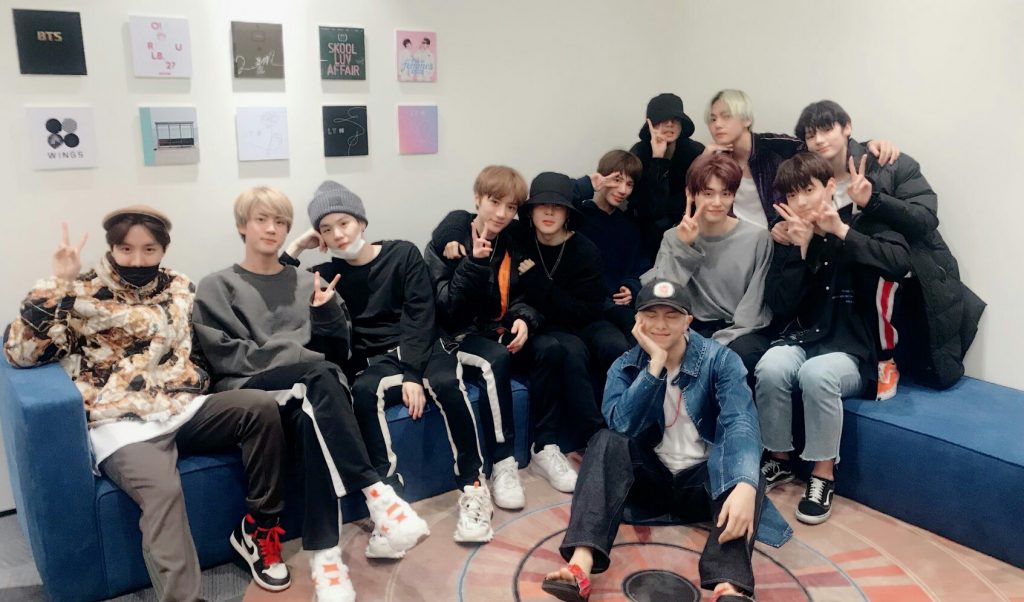 TXT (Tomorrow X Together) and BTS have set Twitter aflame by sharing a picture of the two groups together!

TXT took to their official Twitter account to share the photo with their Big Hit labelmates and seniors and it quickly circulated as fans have been dying to see the two groups in a single frame since news of TXT’s debut broke out.

The picture itself is nothing too special, twelve (very good looking) boys dressed very casually and chilling out on a couch. But the fact that it includes the world’s currently most sought after boy group and their recently debuted juniors in the same photo makes it a whole different story. 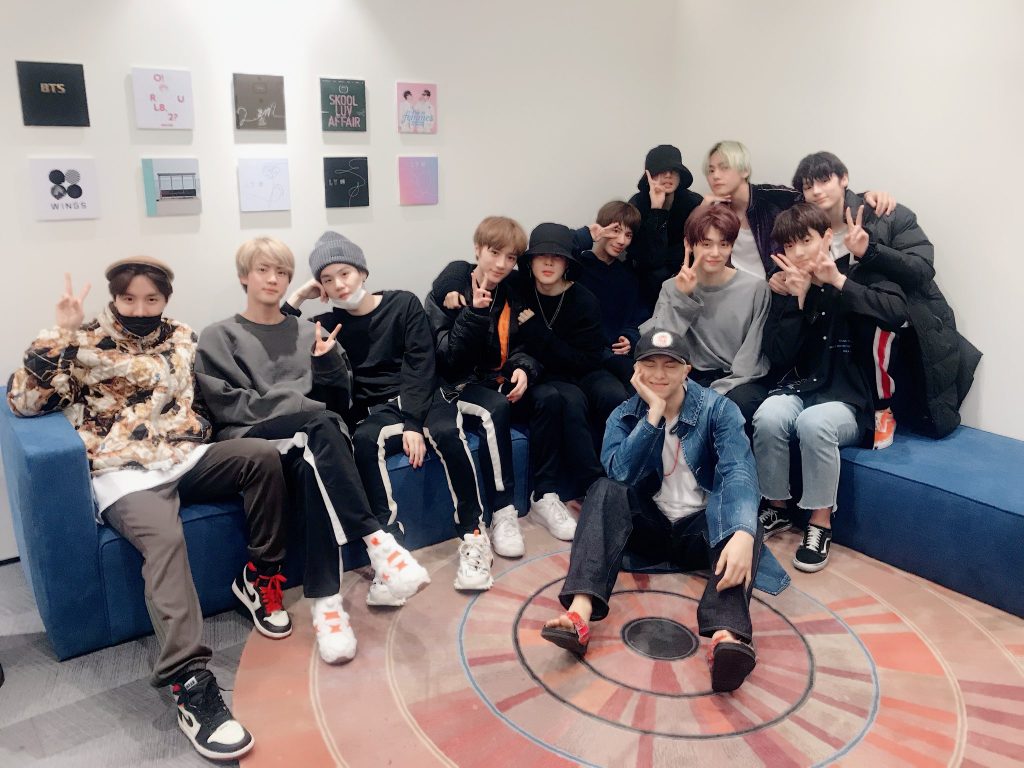 TXT shared the photo and captioned it – “We sincerely thank our sunbaes who took the time to tell us so many good things and gave us sincere advice, despite being busy. We will work hard so that we can be respectable junior artists! We love you, sunbaes!”

But that’s not all. BTS’ Golden Maknae Jungkook replied to the tweet with – “This is Jungkookie hyung. Don’t get sick and good luck with your promotions.”

As per ARMY behavior, it was only a matter of time before ‘Jungkookie hyung‘ was trending on the social media platform. Peep that tweet below!

TXT consisting of members Yeonjun, Beomgyu, Soobin, Taehyun and Hueningkai made their debut on 4th March on Mnet’s ‘Debut Celebration Show‘ with lead single ‘Crown‘ and their debut mini-album ‘The Dream Chapter: STAR‘. This was followed by a debut showcase on 5th March at the Yes24 Live Hall and news that TXT had signed a distribution deal with the  American record label Republic Records owned by Universal Music Group.

TXT will be launching their own web reality series on V Live titled ‘TALK X TODAY‘ on 11th March at 11 PM KST.

Stay tuned for more on TXT and BTS!