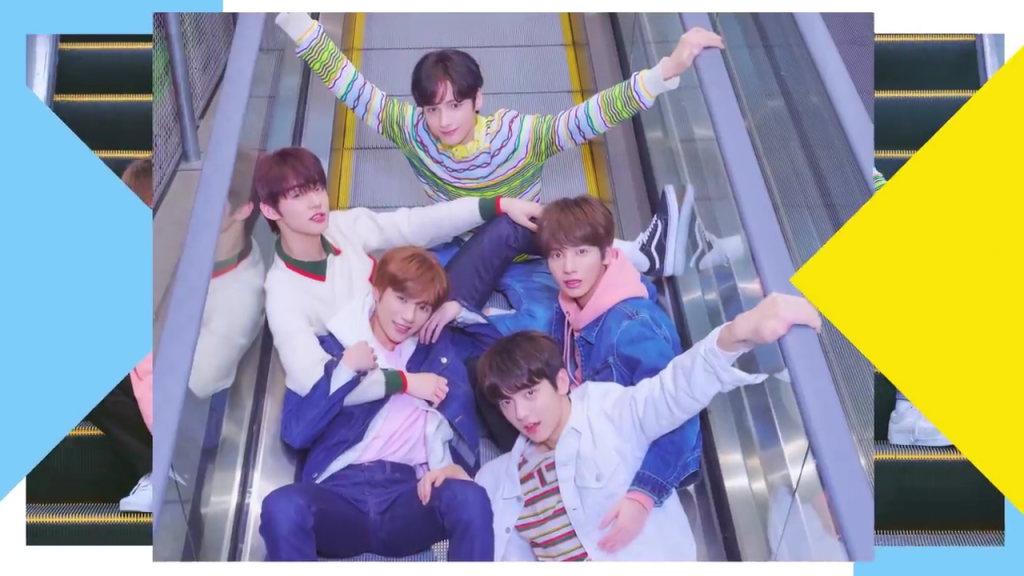 TXT (Tomorrow X Together) made their debut yesterday (4th March 2019) and it was everything!

Being Big Hit Entertainment‘s first artist to debut since BTS debuted in 2013 meant that the rookie group had huge expectations thrust onto their shoulders. But in a very ‘Big Hit‘ manner, much like their senior group BTS, TXT’s lively pop debut carries with it a message about fitting in and accepting one’s self.

In case you’ve missed out on anything – we’ve got you covered! Here’s a run down of everything that happened on 4th March!

DEBUT MUSIC VIDEO: MOST VIEWS FOR DEBUT MV IN 24 HOURS

TXT made their debut on Mnet’s ‘Debut Celebration Show’. Not only did they perform tracks from their debut mini-album, the boys also released a compilation of behind the scenes for their debut preparations and played some fun games.

After TXT’s debut music video went live, their labelmate and senior BTS‘ Jimin posted a shoutout to the rookie group – “[BTS] will also be supporting [TXT] from now on. Fighting. Sincere congratulations on your debut.”

TXT replied to Jimin’s tweet with – “Hello, Jimin sunbaenim! It’s TOMORROW X TOGETHER! We’ll work hard in the future!! Thank you for cheering us on. Please watch over us!!”

According to Big Hit Entertainment, TXT’s debut mini-album ‘The Dream Chapter: STAR’ was #1 on the iTunes Top Album charts in at least 44 different countries as of 5th March, 11:30 AM KST.

TXT unveiled the group’s official YouTube channel and uploaded a video titled ‘[PREVIEW] HI! We are TXT‘. The group has fans on their toes as it promises that something is “Coming Soon” on 8th March!