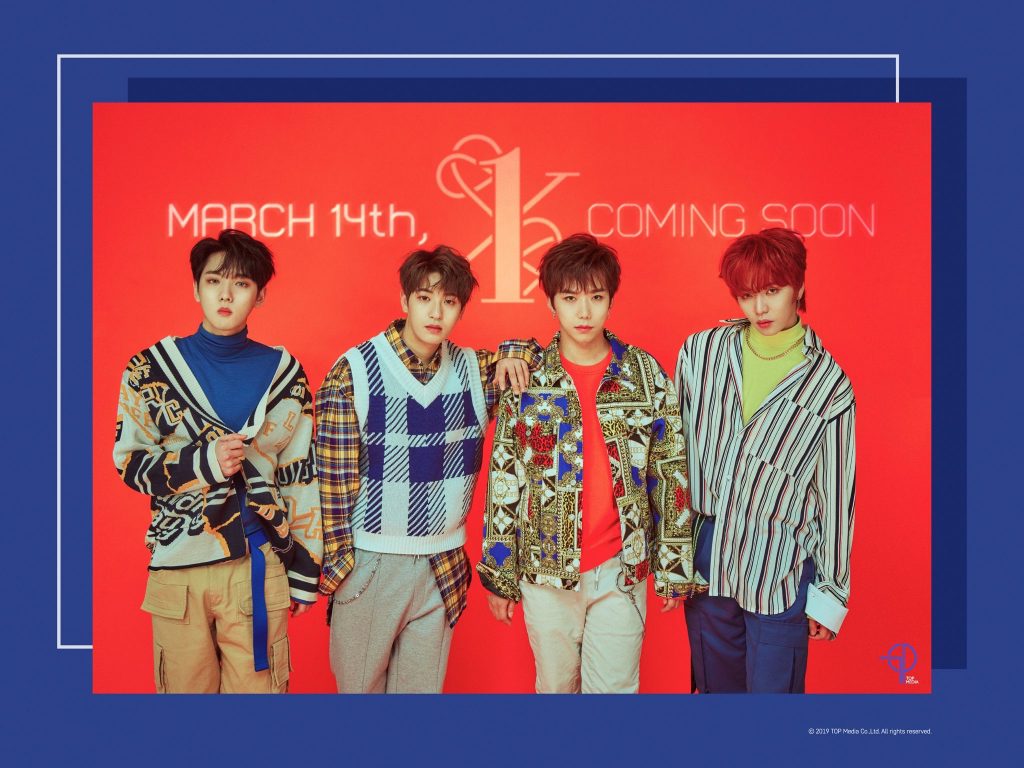 100% continues to tease for their upcoming comeback!

100% just released some more teasers for their 6th mini-album ‘RE:tro‘. The album is scheduled to release on 14th March, and is like a “White day” gift to their fans.

In the teaser images, members Hyukjin and Chanyong are paired together in one image, and Rockhyun and Jonghwan in the other. The looks are pretty similar to the previous ‘HIP‘ version teasers, with casual looks, jeans jacket, freckles, colored lenses, etc. Check out the teasers below and stay tuned for more details regarding the comeback! 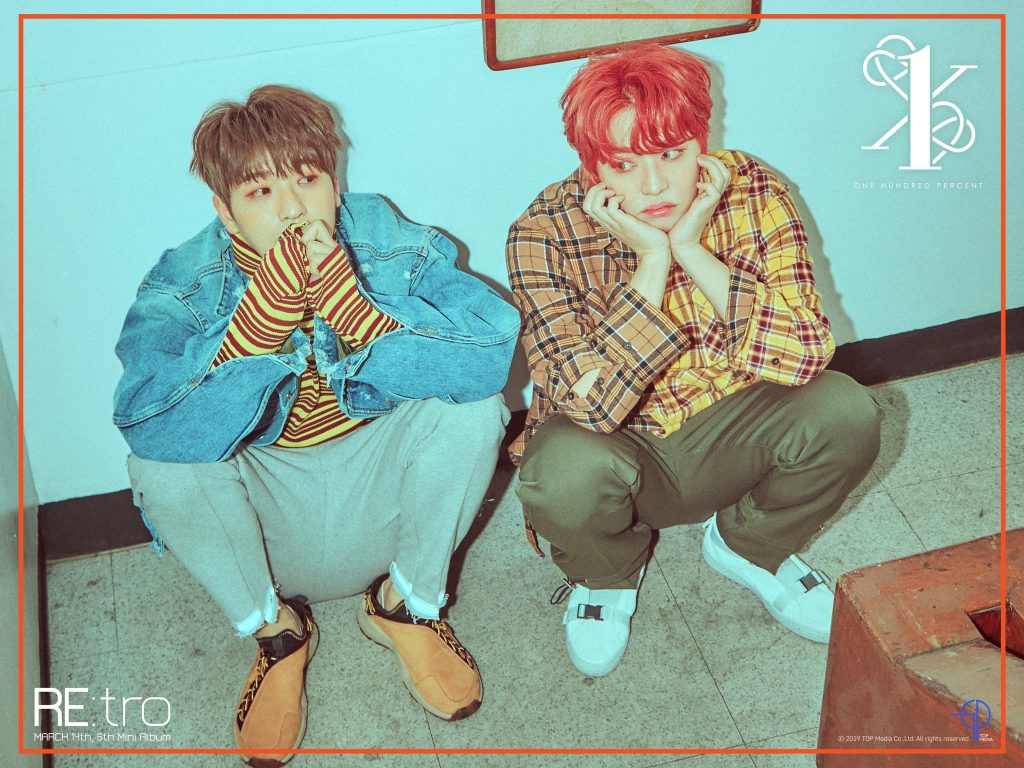 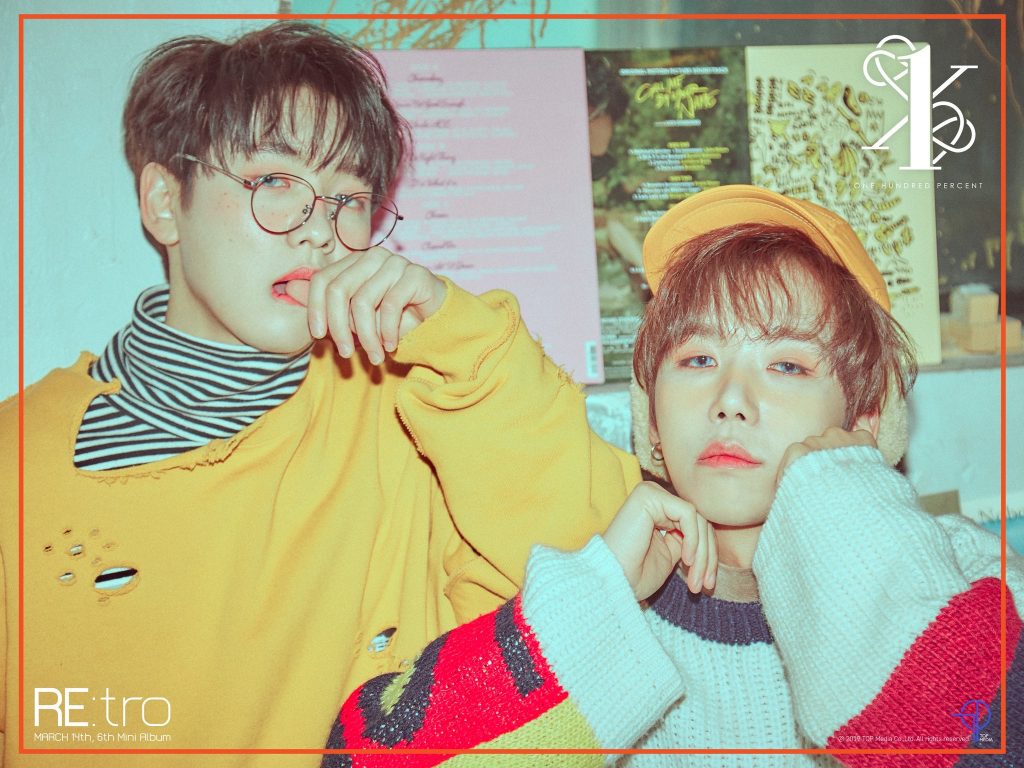