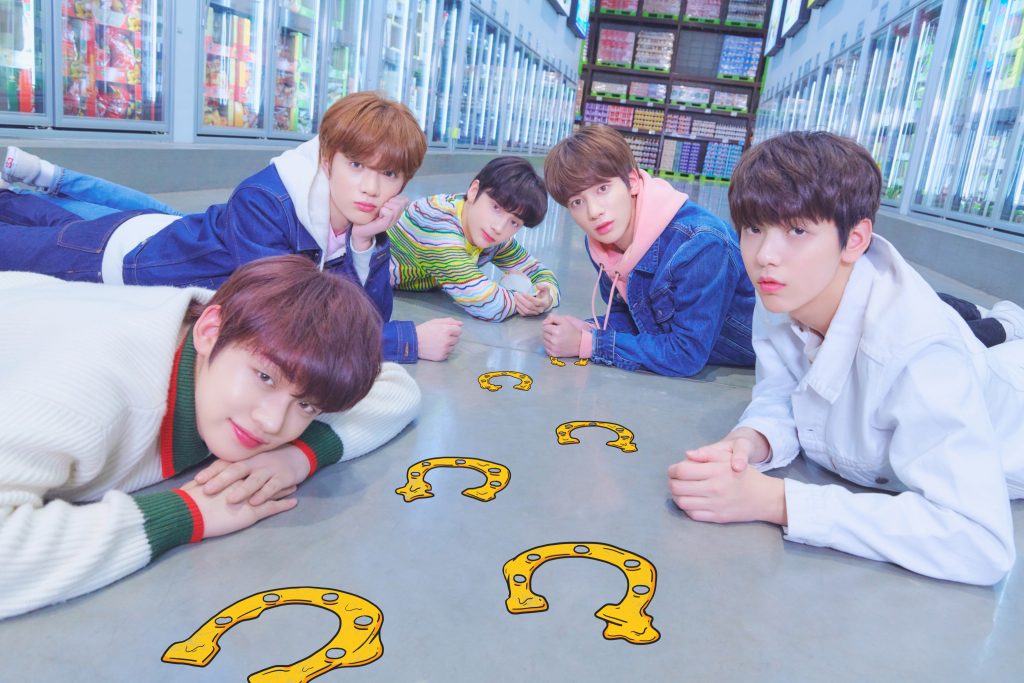 After teasing for over a month, the boys of TXT (Tomorrow X Together) have dropped a music video teaser!

Big Hit Entertainment‘s new five membered boy group is set to make their debut on 4th March and is quite possibly one of the most highly anticipated debuts of 2019, considering that they are the first group to debut from the label since BTS debuted in 2013. The group will be making their debut on Mnet’s special program ‘Debut Celebration Show’ on 4th March at 7 PM KST.

The group’s debut mini-album ‘The Dream Chapter: Star‘ has already  recorded 104,385 copies in pre-orders despite the fact that the teasers till now have not given us a glimpe into the group’s musical style or vocal prowess.

The latest teaser is a music video teaser for ‘Crown‘, the second track off of the mini-album’s tracklist. As suggested by the first and second set of concept photos, both the music video and track appear to be fun, youthful and lighthearted.

Check out the music video teaser below!