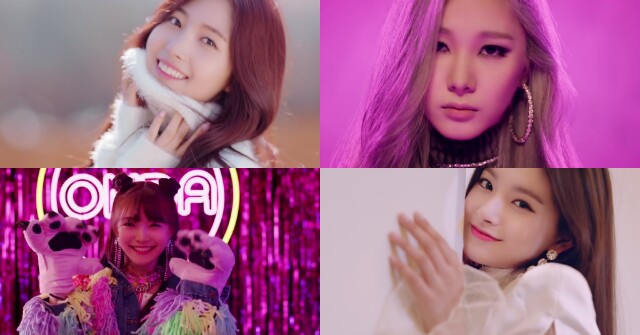 The label have opened Everglow’s official social media accounts (Instagram: @official_everglow/ Twitter: @EVERGLOW_twt) and have revealed four members of the new group. Check them out below!

‘Produce 101‘ (Season 1) and ‘Produce 48‘ (Season 3) viewers will recognize Sihyeon. A bubbly visual who saw a drastic improvement in both dance and vocals between her appearance on Season 1 and 3. Her teaser film highlights her innocent beauty in a serene and natural setting.

Giving off girl crush vibes with her teaser, Mia shows off her dance skills in heels and an overall intense aura. She is also reportedly the group’s main vocalost.

A super bright and playful teaser has us thinking that Onda’s charm might just be her cuteness. ‘Idol School‘ viewers will be familiar with the idol.

The only Chinese member to be announced so far, Yiren’s teaser is sophisticated, elegant and shows us exactly why she was considered the perfect visual on ‘Produce 48‘. In between artistic shots, the idol shows off her flawless dance moves and flexibility.