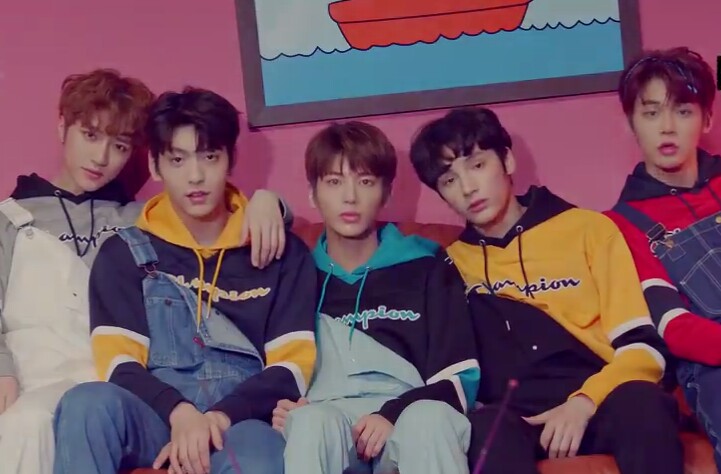 TXT (Tomorrow X Together) have dropped a lyric video for ‘Blue Orangeade‘!

The five membered boy group consists of members Yeonjun, Soobin, Taehyun, Hueningkai and Beomgyu. Debuting with a fresh and innocent image, the boys had a successful debut with their debut EP ‘The Dream Chapter: STAR‘ and their lead single ‘Crown‘.

The boys have now dropped a lyric video for another track of their debut EP – ‘Blue Orangeade‘. The video is not your traditional lyric video as it includes several previously unreleased video snippets of the boys and can very much be considered a music video in its own right.

Check out the fun colourful video for ‘Blue Orangeade‘ below!